BOB DYLAN - WHAT GOOD AM I? - A SPIRITUAL SURMISE 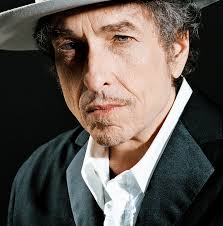 “What good am I if I say foolish things
And I laugh in the face of what sorrow brings
And I just turn my back while you silently die
What good am I?”

I always loved Bob Dylan's No Mercy record. It was a return to songwriting form and I felt Daniel Lanois did a great job on production. What Good Am I? was one of the stand out songs.

However, it was my friend, songwriter and guitarist, Dan Wheeler that woke me up to the spiritual power of the song. I was hosting a songwriter’s show at Greenbelt and had asked the singers to sing a song that they had felt changed something. Dan explained that he had been asked to do a gig on the night of Live 8 and that he had sung What Good Am I? as his statement on that day.

When Dan had told me which song he was doing before the show I was a little unimpressed, thinking I knew the song, but in this context he opened the song up and I was left reassessing the prophetic power of the song and where it sits on my list of favourite Dylan songs.

On What Good Am I? Dylan cuts deep. This is provocative self critique that touches on the personal as well as the global. His response to the world’s marginalised sits alongside his response to the loved one closest to him. He is asking questions of his own cultural awareness as well as critiquing the reasons for his own inability to act on what he should clearly see needs acted upon.

The entire Oh Mercy album is a lovely blend of the objective or political work of Dylan’s earlier years and the more subjective and introspective work he came to later on. In many ways this found its pinnacle in the Christian albums (Slow Train Coming, Saved and Shot Of Love) where Dylan dealt with his own redemption but prophetically judged the sin of the society around him.

It is strangely funny how his older fans, who loved his early revolutionary songs for freedom, were repelled by his scathing attack on the injustices Dylan now saw in the world; freedom, it seems, was great as long as it didn’t impinge on our own self indulgences! What Good Am I? is a man questioning his own desire for righteousness within, as well as righteousness in all his dealings with the world around him.

Being Bob Dylan, and intentionally enigmatic about himself from the very start of his public life, it is hard to read his spiritual creed thirty years after his Christian conversion but God and faith have never been too long absent from his work both in the studio and on the stage.

On Oh Mercy we find him name checking the Old Testament Jewish Shema from Deuteronomy 6 – “Hear O Israel, the Lord our God is one...” on Ring Them Bells. The New Testament’s central manifesto the Sermon On the Mount which takes up Matthew chapters 5 to 7 also gets a nod in Shooting Star. Between such crucial Biblical passages What Good Am I? is a prayer that seeks the ultimate goodness that Dylan sees as connected to the spiritual; to again quote Shooting Star, “all good people are praying.”

Against the run of rock n roll play, Tom Jones also elevated the spiritual potency of What Good Am I? On Jones' Praise and Blame album, there were a lot of old Spirituals at its core – hence the Praise side of the title. In the light of that, this might not be the Dylan song that most springs to mind to sit in such company but I believe it to be perfectly placed. It is related to the Spirituals but in the end is like a Confessional of the Blame side of the title.

It is a song that could be used to help meditation on that verse at the end of Psalm 139, “Search me God and know my heart, test me and know my anxious thoughts. See if there is any offensive way in me, and lead me in the way everlasting.” Then tell me God, What Good Am I?

"What good am I then to others and me
If I had every chance and yet still fail to see
If my hands are tied must I not wonder within
Who tied them and why and where must I have been."