DO NOT REMIND ME... REFLECTION TO BEGIN EASTER WEEK 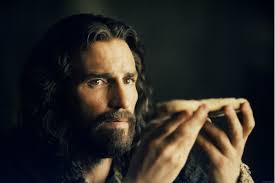 I stole this idea from Australian novelist Tim Winton. Tim told a story about how he told his young son the story of Christ’s death. In their evening storytelling Jesus had become his son’s hero but was unaware of the Easter story.

When Tim finally told him the story his son became uneasy not quite believing that this could be happening to Jesus. He expected some twist on the take that would set Jesus free. When Jesus died on the cross his son leaned in, they embraced and wept.

They were in this state for a few moments before Tim remembered that it wasn’t the end of the story and after he told his son the story of resurrection his son and he were jumping up and down on the bed in jubilation.

Lord do not help me to remember
That which I have heard so often
Because reminding me would soften the wonder.
Instead help me see it afresh
Like I have never seen it before
Let me look at it for the first time
Not forewarned about the next part
Help me believe that he might not die
That the disciples might rescue him
That Pilate might be strong
That the crowds might shout "Crucify Barabas".
Let me hear the hammer come down
Let me hear the sound of nail through flesh
Let me hear the cry of pain
Let me sense the distress
Let me watch as they put the cross in the ground
Let me look on his face contorted with pain
Ugly with the agony and the torture
Of suffocation one moment
And then the crippling ache of pushing himself up on those nails to breathe
Let me see the sky go black
Let me hear him cry
"Father forgive them for they no not what they do"
"It is finished"
Let me watch as they carry him off dead.
Surely dead and without hope of recovery.
Let me feel that despair, that loss, that tragedy.
Let me weep and mourn
For hope that's murdered
And dreams that lie in a tomb.

Then Lord, without reminding me
Without indication of the wonder
Take me to that tomb
Let me be surprised and confused
At the stone rolled away
Let me be angry at the thought of his body stolen
Let me go inside to look, to seek some clue
And then let me turn to see him
Let me not believe it for a moment
And then give me the full hurricane force of belief
Let me jump and shout and scream for joy
Let my heart leap and my soul go running off to highest heaven
With a little glimpse of what blinds the saints
Do not remind me but let me experience it for the first time
Sin forgiven, redemption bought, freedom won
The amazing wonder of the gospel that calls me a child of God
No Lord, do not remind me
For that would be as dull as knowing the end of the movie
Having read the last page of the book
Show me for the first time and let it change my life.