Home Archives Profile Subscribe
BROKEN THINGS... STORY OF A SONG... AND MY PART IN IT!
CAUGHT BETWEEN THE MYSTERY - (for the sad passing of Leigh (Johnston) Dunn)

FROM THE BRIDGE AT SELMA... TO THE 4 CORNERS OF BELFAST CITY... Sunday in Fitzroy 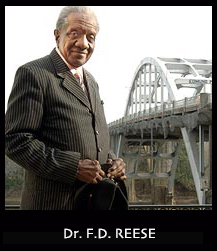 The Journey of Reconciliation… Goes On… and On

This Sunday evening Fitzroy is delighted, honoured and thrilled to host a delegating of Church leaders and young people from two Churches in Selma, Alabama.

James Perkins is pastor of Ebenezer Missionary Baptist Church and was the first African American Mayor of Selma. Steve Burton is pastor of Cornerstone Presbyterian Church in Selma, one of the first majority white churches to get behind the civil rights movement. They are bringing a team of young people and a few adults from Selma to Belfast, who are keen to work together to build relationships in what can still be a divided society.

One of the other leaders is Christina Reese. She is the daughter of civil rights activist Frederick D Reese, one of the so-called Courageous Eight who invited Martin Luther King to come to Selma.

After the 2014 movie Selma, starring David Oyelowo and the music of Common brought Selma to a wider audience. We will look at some of the movie and ask what the locals made of it? How has Selma changed since then? And what the current reconciliation work is like between communities of faith in 2017.

This will be a fascinating and informative evening. It might be as close as any of us get to Dr Martin Luther King. It will certainly help us to get an insight into how the modern crisis in American race relations. It will also help us relate the story of Selma to the story of Belfast.

Our Selma brothers and sisters arrive in Fitzroy as we are in the middle of a Lent study of Rowan Williams’ penetrative book Being Disciples. This week’s study chapter is appropriately, Forgiveness. In the chapter Williams writes:

“The person who asks forgiveness has renounced the privilege of being right or safe; she has acknowledged that she is hungry for healing, for the bread of acceptance and the restoration of relationship. But equally the person who forgives has renounced the safety of being locked into the position of offended victim; she has decided to take the risk of creating fresh relationship known to be capable of involving hurt. Bothe the giver and receiver of forgiveness have moved out of the safety zone; they have begun to ask how to receive their humanity as a gift.”

Expect some of Rowan Williams thoughts on forgiveness to blow, by the Spirit, across the bridge at Selma and back across into our own wounded and wonderful city of Belfast as we all, black or white, Catholic or Protestant, seek the fulness of our humanity.