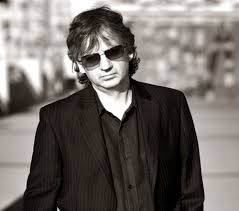 It was 1991. It was late June. It was in the Mandela Hall at Queens University, Belfast. It was during Pain, Heartache and Redemption. Bap Kennedy was all the energy in the orchard to contrive the description. He was all over the stage. He was in the crowd. It was all the mad charismatic brilliance I had seen in a young Bono, years earlier at the Maysfield Hall. It was mesmerising.

Even better Kennedy was one of ours. Yes, he was from an apartheid corner of the city (West), that I had never yet been but would love discovering twenty years later, but even in a Belfast still troubled with bombs, bullets and constant killings, Kennedy’s Energy Orchard was pulling away the divisions. Songs like Belfast and Somebody’s Brother were giving us catharsis and a blink of light to hope with.

Somehow, after the magnificent eponymous debut it didn’t take off for Energy Orchard. I am sure musical differences, changing tastes and music business hurdles prevented Kennedy from challenging Dublin’s finest to legendary status but Kennedy wasn’t finished with writing great songs. His collaborations with the likes of Steve Earle, Mark Knopfler and Van Morrison remind us of his status. The poignant tributes on social media from right across the Belfast music scene at his sad passing are proof of his influence not only as an artist but his popularity as a human being.

For me there are many things I loved about Kennedy’s career. That Energy Orchard debut album comes out regularly and indeed I used the lyrics of Somebody’s Brother recently in a blog about another senseless death of prison officer Adrian Ismay:

In a world where there’s none.

There's that catharsis and hope I mentioned earlier. I love the Irish sounds, the rock power and the content!

I also loved his love for Van Morrison. I have at times collected my Bap Kennedy Van covers EP in a playlist. It should be released! - Them’s One Two Brown Eyes on Energy Orchard; It’s All Over Now Baby Blue (Dylan via Them!) on Stop The Machine; Madame George on Shinola to live versions of Gloria and Baby Please Don’t Go. Even Star Of The Country Down too!

That covering of Morrison also led Kennedy to be for West Belfast what Van has been to East Belfast. Slieveban Drive as well as the more familiar Falls and Shankill have turned up in his work. He was always name checking his side of Belfast though never parochial in his content or styles. Nashville and his beloved Hank Williams took him a long way from Andersonstown but he always seemed to come right back again.

From country to folk to Irish Traditional to rock, Bap Kennedy blended his songs and left a legacy of good work. Personally I wish his catalogue was known by a wider audience but for those of us who followed the story, from the single release of Belfast to his most recent album Let’s Start Again, Bap Kennedy’s loss will be felt. Thank you sir for the Church of Energy!

Of course, those who will miss him most will be his wife Brenda and family. Grace and prayers to them.

Rest In Peace Bap, Brenda may God easy your pain. Bap you will never die through your music you will always live on you will be sorely missed by so many butenjoy heaven for you will never grow old never be in pain and your reunited will all those that passed before you . God bless Brenda, family and friends.