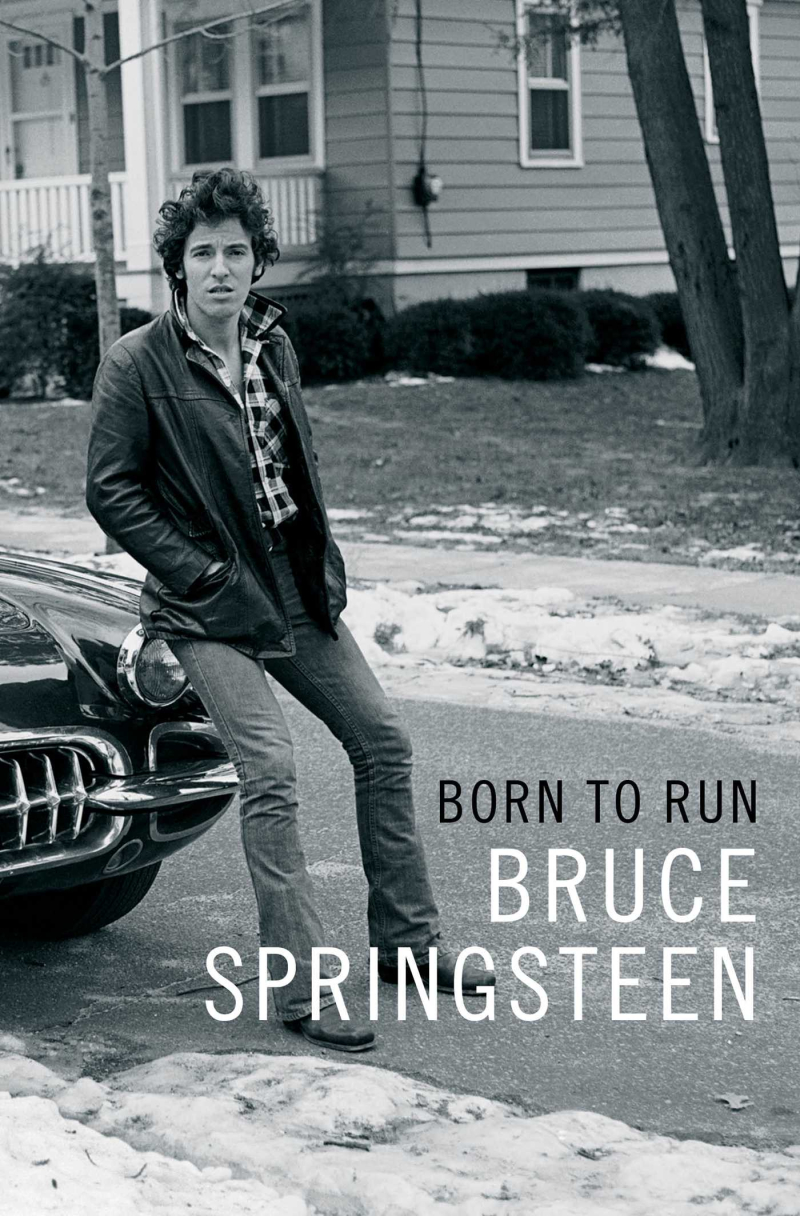 When I read Bruce Springsteen’s autobiography Born To Run I rationed myself, reading short sections, staying in it, almost like I was able to spend some time in the great man’s presence.

It was easy to read in small chucks because of the way Springsteen wrote the book. It seems that the whole idea began when he wrote a short piece on the E Street Band’s half time performance at the 2009 Super Bowl. That led him to prose. The short chapters are themselves broken down. The entire life of a rock star in little vignettes.

And those vignettes are beautifully written. That cinematic Springsteen lyricism finds a new outlet in prose and you can almost see the street that he grew up in, almost step into it.

I have read many Springsteen biographies, I have written a chapter myself for goodness sake, so what you are looking for in a memoir is more depth, more personal details around the facts, commentary and opinion. Springsteen delivers this very cleverly.

You do get into his life. He is very honest. That relationship with his father that we have heard about in concert monologues, between and during songs, gets teased out a lot more. He does admit to suffering from depression which for fans who watch him do up to four hour shows, pumped and vibrant, is hard to come to terms with. Rightfully this openness has been lauded.

The clever thing that Springsteen has done though is to tell us more without telling us everything. He writes candidly about himself, band members, parents and wife without ever invading their privacy.

It is all enough to give us a fascinating portrait of the artist and an insight into all the influences that have honed him. Catholicism, his Freehold New Jersey small town and the bigger vision of America. This is a story of songwriter seeking identity. He lets us in to his place in his own psyche, his family life, his life in the community of band and his engagement and place in the nation.

I found too many things fascinating to write about here (there might be a series of blogs) but let me pick out a few favourite bits.

The background detail to the making of his first two albums had me enjoying Greetings From Asbury Park, NJ afresh and appreciating The Wild, The Innocent and The E Street Shuffle more than ever before. Then the layered precision and intent of Born To Run and introduction of Jon Landau.

The evolving creation of and the inner dynamics of the the E Street Band revealed the relationships and politics of a long running rock band. Springsteen’s intensity of solo vision yet ability to hold such a gifted band together. Then there is dealing with the deaths of Danny Federici and Clarence Clemons and Clarence’s nephew Zak joining the band. He shows what it is and maybe why he is called The Boss. Intriguing.

The Born In The USA years were also interesting. The thought out decision Springsteen and Landau made to go for megastardom with a hit single laden album, the effects of that even on his first marriage to Julianne Phillips, and then the conscious deconstruction of that with Tunnel Of Love.

Springsteen’s relationship with Patti Scialfa has been pivotal to almost thirty years of his life. He tells their love story beautifully again without exposing Patti’s or their privacy. Similarly with his children.

I particularly loved the vignette with Frank Sinatra. That this young Freehold boy grew up to become a friend of Sinatra, to even be invited to his funeral, is a mark of Springsteen’s place in Twentieth and Twenty First Century music. There is a moment at the piano when Sinatra and Bob Dylan acknowledge Patti’s singing voice. Sweet moment in the book and maybe one of the sweetest in Bruce’s life.

For me the theo-musicologist Born To Run could have undone all my theories about Springsteen’s spirituality. The shadow of the Church next door certainly never leaves him and God and grace make regular appearances throughout the book. I of course would have liked much more but again Springsteen reveals enough but not too much about his faith.

I had a friend back in 1988 who didn’t get Bruce Springsteen. She was too young and Springsteen arrived on her radar in his pop star Born In The USA days. I always found that a shame and hope that she later discovered his poetry, story telling and the subjectivity of his story that can feed the objectivity of all our stories. As I read Born To Run I wanted to send her it. She would love the literacy of the book itself and the artist whose story is told within.

If you haven’t realised it already, Born To Run confirms Bruce Springsteen as one of the most substantial artists of our time. It is gripping from first page to last.

Posted at 09:42 PM in BRUCE SPRINGSTEEN - FAITH WILL BE REWARDED | Permalink | Comments (0)