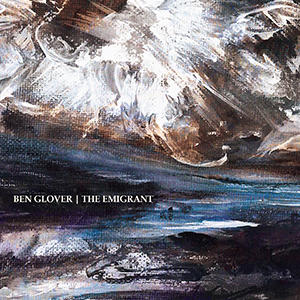 There is a moment on the new Ben Glover’s album where you sense the whole thing fits together. It’s in the final song. In The Green Glens Of Antrim, Glover tweaks the traditional words to sing:

“Soon I hope to return to my own sweet Glenarm

It’s the one place for me, it still has its charm”

Glover has contemporarized this old traditional tune but has done so for the good of his own migrant soul. It’s a long way from wee sleepy Glenarm on the east coast of Antrim to the musical hub of Nashville Tennessee. I can imagine nights in the summer heat, or journeys on the long lost highways between gigs when Glover’s migrant heart returns home.

I was a little surprised that Glover whose writing credits with the likes of Mary Gauthier and Gretchen Peters have propelled his career has decided to record an album of traditional songs. When I heard it I changed my mind.

Glover has been able to somehow make a record that with four original songs, including co-writes with the aforementioned Gauthier and Peters, slotting in around six old Irish folk songs has made a cohesive work of original and vital power.

Glover’s voice is so deep and rich. It’s in Mike Scott or Glen Hansard territory. It evokes deep emotion. When the production adds pipes to Ralph McTell’s From Clare To Here, it’s heartbreakingly beautiful.

The original Heart In My Hand, written with Gauthier, links the Irish who took the dangerous emigrant ships down recent centuries and has you on the dangerous boats of today’s Mediterranean.

“Sacred the crossing, sacred the fear

Sacred the longing, sacred the tears

Sacred the sailor who gives his heart to the sea

Like this entire collection it is a song of resilience, a longing for what is up ahead but still yearning for what is left behind. It’s a leaving of home, a returning to home, a searching for home. Throw in the traditional favourites The Parting Glass, The Auld Triangle and The Band Played Waltzing Matilda, that have rarely had a more fitting context of collection or been better performed, and this is the reality of the emigrant more than the romance, the soul traumas of the journey as much as the almost elusive refuge of destination.

As the title track, co-written with Gretchen Peters puts it:

“It’s in my bones it's my blood

This dream of home as it never was

Where the hills fall upon the coast

My heart wanders there the most

The loneliness of the emigrant

The restlessness, the discontent

That's the curse of the emigrant.”

All in all, Glover has done what all great art should do. He has given us a subjective angle on his own story and in doing so has brought us face to face, or ear to soul, with the heartache of every fleeing refugee in a world where the refugee is the headline story on all our news cast.