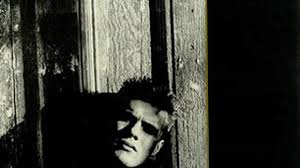 U2 producer Daniel Lanois suggested that Bono wrote a Gospel song. I Still Haven’t Found What I’m Looking For was the result and when you hear the Harlem Gospel Choir version on Rattle and Hum you realise how successful Bono was. I am surprised it hasn’t become a staple hymn if Church services across the world.

However, the reason it hasn’t might be that most Christians, remarkably and almost unforgivably, missed the theological depth and punch of the song. This was the U2 song that has had me discuss their faith or loss of it across the world. Maybe even the reason that I had to write an apologetic for their faith and their faith in their work; Walk On.

Christian thinker and writer Os Guinness once stated, “Christians would die rather than think. In fact most do!” The Christian response to I Still Haven’t Found What I’m Looking For proved his point. The unthinking Christian quickly decided if U2 haven’t found what they re looking for they must have lost Jesus along the way.

My critique of the inability to understand the song is twofold. Firstly, to dismiss the song in the way that Christians did suggested they didn’t understand what Paul was writing in Philippians 3. St. Paul adds to his testimony that he has found faith by a righteousness that is beyond the law – “Not that I have already obtained all this, or have already arrived at my goal, but I press on to take hold of that for which Christ Jesus took hold of me.” St. Paul it seems still hadn’t found what he looking for either!

Secondly, missing the power of this song shows little attention being given to the song. – “You broke the bonds/Loosed the chains/Carried the cross and my shame/You know I believe it.” This succinct theology of the work of Christ’s cross was number 1 in the USA for four weeks and Christians missed it. For a cheap laugh in my talks about the song across the world I have added that when the darling of Christian music Amy Grant got to Number 1 she was singing “Baby Baby!” Like many of U2’s songs the Biblical foundation is robust and profound.

My very favourite version of the song though is not about personal search but about the Kingdom coming. In between Unforgettable Fire and Joshua Tree, Steve Van Zant’s had put together the Artists United Against Apartheid project. That album that featured Silver and Gold that Bono had recorded with Rolling Stones’ Keith Richard and Ronnie Wood; a U2 version would appear as a b-side for Where The Streets Have No Name.

When I first heard I Still Haven’t Found... the lines “I believe in the kingdom come when all the colours bleed will bleed into one” took me immediately to South Africa. These lines described what Jesus taught his disciples to pray in the Lord’s Prayer; God’s kingdom was all about and how God’s will might come in South Africa as it is in heaven.

Twenty years later I would sit in Cape Town’s District Six Museum reflecting on how apartheid’s ideology, built on a Christian theology, could so smash the Kingdom Of God vision that St. John had in the Book of Revelation, as they bulldozed a huge chunk of Cape Town to divide white from black.

U2’s vision of God’s Kingdom was an antithesis of apartheid and was built on those lines that followed, “You broke the bonds, loosed the chains, carried the cross and my shame...you know I believe it.” U2’s Kingdom was no ethereal pie in the sky but was built on the life and work of Jesus.

On a U2’s Fan Club giveaway U22 we got a potent, perhaps definitive version of the song and these ideas. This lavish souvenir package of the U2360 Tour was given to Fan Club members in May 2012. It treated us us to 22 live highlights. One was for me a definitive version of I Still Haven’t Found What I’m Looking For.

During their gig in the FNB Stadium, Johannesburg on 13 February 2011 U2 welcomed Hugh Masekela, South African trumpet playing legend and exiled anti-apartheid campaigner into the band for these very words. It is a musical highpoint of the U22 and it is a political and spiritual tour de force. As his black jazz trumpet blends into U2’s stadium rock groove the Kingdom of God of the words becomes sound to dwell for a moment or two among us.

It is the holy beauty that the best of art should always be. It gives us a vision of a better way and a foundation to build the world that we still haven’t found but by God’s grace we continue to look for.

And forty years of U2, that fans across the world have been celebrating today, seems to have been all about this search for a better world, God’s Kingdom come. They have been wonderful companions on the journey of faith.

Dear Steve, with much joy I read all your 40 articles about U2. Thank you so much for sharing your vision and passion about U2. This could be a new book for you?!
Blessings, Jan from the Netherlands

Just refound this after watching Sing 2, hah. Thanks for writing it - I could sense a deep gospel tone upon watching its impact on the big screen. A Holy Spirit lift.