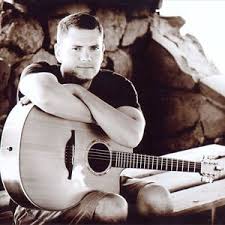 Jason Harrod lives in Brooklyn and his first trip to Northern Ireland sees him play Fealty's Back Bar in Bangor with Stephen McCartney as his guest and we are pleased to announce in Fitzroy with Chris Wilson as his guest.

I have been following Harrod's career since I played Harrod and Funck songs on my BBC radio Ulster Radio Show Rhythm and Soul. They sang about Brian Wilson, did covers of Bob Dylan and Bruce Cockburn and had an album produced by Mark Heard. What's not to like about that. Those names tell you what rich songwriting seam Harrod mines.

After they broke up Harrod has continued to produce great records and we are pleased to hear him all stripped back in this intimate gig. His last record Highlander was even reissued in acoustic form. Great songs, deep content, entertaining show. Chris Wilson from Indiana but has been in Belfast for two years, developing his sound and gaining an audience. Here's a chance to hear him play the songs from his solo debut ep Fragile. Stunning voice!