FROM LAND MINES TO FIELDS OF LIFE; With A Vision A nation is Transformed 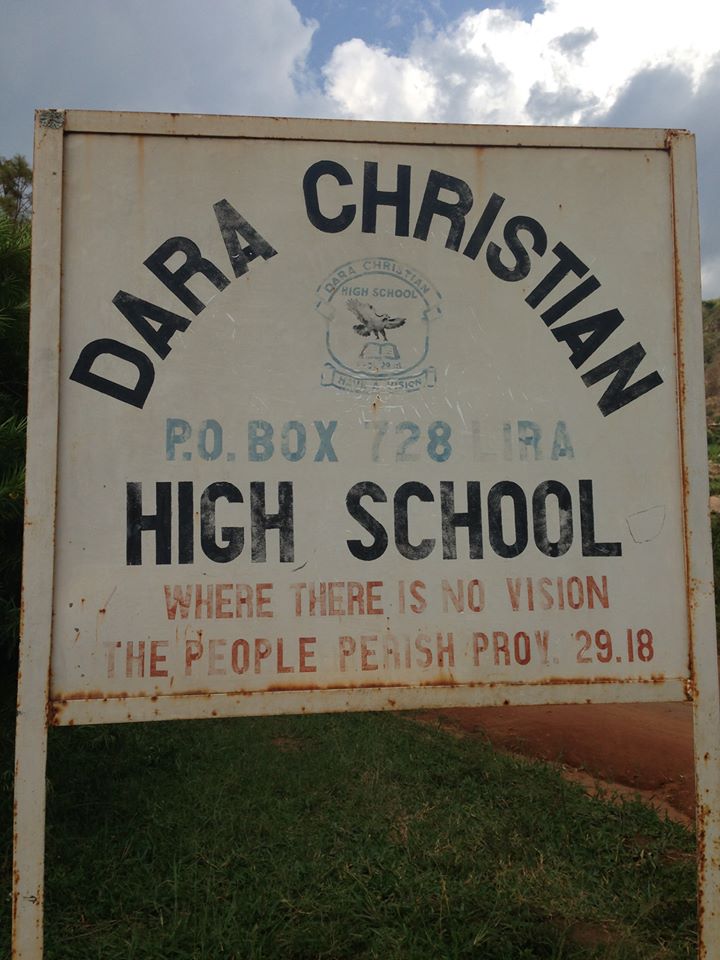 I am acutely aware that this piece of land which I am daring to stand on was a land mine trap, just over a decade ago. I am in Lira, northern Uganda, where Joseph Kony and his Lord’s Resistance Army caused bloody violent havoc across this beautiful landscape. Kony would kidnap children of 7 or 8 years of age and train them to be killers, some of them hacking their own families and villages to death. These were killing fields.

Today I bask in the vibrancy of life, hope and education that is buzzing around me. I stand and take in the panorama. Girls preparing for the Ugandan National Netball Finals to my left. Boys playing volleyball to my right. Away in the distance, under a tree, hundreds are lining up to donate blood. Everywhere else people are walking, running, laughing.

This is Dara High School. There are 800 pupils (an exaggeration - it is actually 798!). They all board even those from near by though there are some from as far away as South Sudan. With my family, the Headmaster Edward gives us a tour of the dormitories, the kitchen, the pastor’s office, the Science laboratory, the classrooms. And as we walk around I am taken by the pulse of goodness in the former Killing Fields. Today these are Fields Of Life!

The name Dara comes from its founders David and Rachel Opiokello. Rachel is with me as I take it all in. Jennifer Ayugi is also with me. She was Principal of the school across the road; Truth Primary and Nursery. Jennifer now works for Fields of Life. The school is called Truth after Trevor and Ruth Stevenson, founders of Fields Of Life. The wonderful buzz of another 700 children too. Rachel and Jennifer are inspirational people. They argue about which of them is the maddest of the two. Their visions are mad BUT I am standing firmly on the ground of their fulfilment.

When Trevor Stevenson had the mad vision of Fields of Life, building schools across East Africa, starting in Uganda, Rachel had the mad idea of going north. Why should it only be children around Kampala who get this education? Lira was a dangerous, indeed out of bounds place, when Rachel pressed Trevor to think about it. When the school started they shipped the children off into town every night to protect them from threats made by Kony! Mad!

When Jennifer Ayugi became Principal of the Primary she phoned Rachel one day in Kenya and told her she needed to start a Nursery. Rachel told her she was and and that it couldn’t be done. I have to, was Jennifer’s response. If I get fifty children signed up in a week will you agree to starting it, she begged Rachel. OK! A week later she had 100 children. It was mad to think that they could resource this. Today, the colourful Nursery building is brimming over with the innocent wonder of young children learning!

The verse on the Dara High School sign is Proverbs 29: 18 - “Without a vision the people perish.” As I walked around these campuses teeming with life in all its fulness, hope and education I could not help finish that proverb with a second half - “When there is a vision the nation is transformed.”

Rachel told me that she and her husband were studying at Bible College just before the Dara idea. Her teacher asked them to write down their vision. As I listened to Rachel whose eyes twinkle with the Spirit Of God I couldn’t help but think that it was the writing down that sparked the life I find so exciting as I look around these schools. Write it down. Spell it out. Take it from your soul, onto the page and into reality.

Another lovely blog boss. I LOVE schools, the potential in the atmosphere excites me. Wonderful stuff. I think of school as a Genesis 1 moment...the spirit hovering, anything is possible, "let's make something"....

Amazing wonderful work. What a legacy and an inherience to leave.