Home Archives Profile Subscribe
NO ONE IS BEYOND JESUS GAZE... BBC Radio 2 Pause For Thought 22.3.16
BRUSSELS' ATTACKS - HOW TO RESPOND?

OUR STORY OF HEALING, HONOUR AND HOPE - the 100 Days Magazine Reviewed 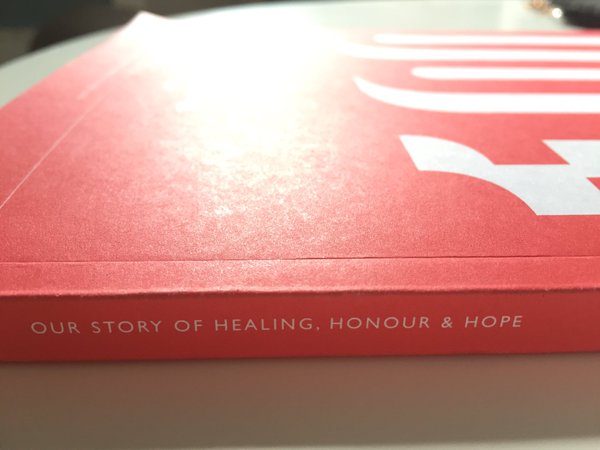 “It is also important to reflect and look back at what happened in 1916, but she argues people living in 2016 also want to look forward, and make sure those events remain in the past. She thinks we are on a journey to reconciliation and now that we have a settled the constitution position the conversation can move forward.”

- Arlene Foster in conversation with 100 Days

“Sinn Fein’s objective is a secular, socialist republic but it is also based on the 1916 Proclamation which invokes God on two occasions. McGuinness describes the Proclamation as the holy grail of Irish Republicanism, but it also 100 years old and we live in a different age.”

- Martin McGuinness in conversation with 100 Days

‘At the heart of these narratives was blood sacrifice, underpinned by a thousand year old theology of the death of Christ in which blood a violent and punitive God demanding sacrifice. “Without the shedding of blood, there would be no redemption for Ireland”, the leaders claimed in Easter Week, and without the same at the Somme, there would be no deliverance of the six (or was it to be four or nine) counties from Home Rule. And did anyone ever question that the violent God behind blood sacrifice theology was the contradiction of, and in opposition to, the suffering, non violent God disclosed by Jesus and at the heart of his teaching and life practice.”

“The conversation moves to the role of faith in the centenary events. Nichola reflects that the Easter Rising involved a group of individuals who held very disparate and divergent views - some of faith, some of none. “It is difficult to get a corporate view of how faith played into that. People go to war and say they are fighting for God - that’s nonsense in my book”

The challenge for Christians on this island is to tell the story about the past that can both celebrate the good qualities of participants, forgive the sinfulness that marks all our human undertakings and learn divine lessons. It is easy to glorify and canonise the perceived heroes, and it is easy to damn the villains and knaves who acted against what I am told are my interests today.”

“Whatever our views on the morality of the Great War, we have a calling to act today as peacemakers. Peacemaking involves creating a society free from triumphalism and where all are treated with dignity and respect. That often begins with listening particularly to those with whom we disagree or whose world view or culture is different to ours. Listening can be the prologue to healing and communicates respect.”

While this is hard work, the cross leaves us with no option, we have been given the ministry of reconciliation. We are called to be the bridging narrative, for our land is God’s land. “God has put us here as two peoples and God has given us the capacity, if we have the will, to live together and establish in it justice and peace, making it in reality, God’s land.”

These are all quotations that have particularly caught my attention as I have read through the many provocative, challenging and encouraging articles in the one off magazine Our Story of Healing, Honour and Hope. It is a part of the 100 Days Prayer for 100 Years of History project set up by Evangelical Alliance, 24/7 Prayer and Summer Madness.

The magazine is edited by Peter Lynas and Zoe Rogers with photographs by David Cleland. The variety of contributors is only to be commended for their variety and kudos. From the First Minister and Deputy First Minister; to Catholic Bishops and Presbyterian Moderators; to artists from both sides of our divided community; to Ulster Rugby star Ruan Pienaar and the Archbishop of Canterbury. Phew… and there are many others too.

All of it looks back to those seismic events of 1916 and how they have shaped us today. It never allows us to live in the past but is constantly asking what we should be praying for, hoping for and imaging how to implement them in the future.

In the shaping of the future I believe this magazine to be a very healthy contribution to the conversations we are in at this moment in our history. These articles, interviews, poems and piece of plays are resources in healing, honouring and hope; vital Christian resources to where we are heading.

Buy ten and strategically give them away.