BIEBER... MY GUILTY PLEASURE?!?!?! - THE PAUSE FOR THOUGHT THAT GOT AWAY 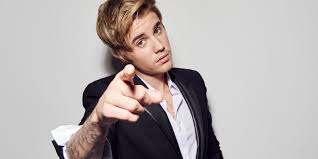 Goodness. I don’t know if I can do this. This is a courageous Pause For Thought, confessing your guilty pleasures on national radio. I might feel the humiliation more than most. You see I have been Chief Constable of the Guilty Pleasure Police for some years. I have bullied people into sharing their guilty pleasure songs, made them feel bad.

You see I do have a belief that the music we listen to can be healthy for the soul or make the soul flabby, unfit and ineffective. Like our food diet. Too much cheese or too many sweets can make us unhealthy. So too with our listening habits.

So when I was University Chaplain I used to see my students walking towards me with their head phones in. When they reached me, and went through that brand new ritual of removing them to say hello, I would ask what song they were listening to. After a while I would see the consternation in their shifty eyes as they approached me. I would see them fumble for a song that would seem a little more soul healthy than Take That or One Direction! I think some of them lied.

So… let me close my eyes and say this quickly. Over Christmas I was been listening to... Justin Bieber! Whaaat! Did I just say that on the BBC. My daughters made me do it! Honest!

Anyway the song that has had my attention was of course one with a healthy message. The title track of Bieber’s new record is Purpose. That I even know that feels wrong! Anyway, that particular song is a song of spiritual redemption for Justin Beiber who set his Christian faith aside in recent years for a pretty wild life that has been all over the press. Recently he has been finding himself again and this key component to that new sense of well being has been finding his purpose; being who God has made him to be. Purpose. It is so important for all of our well being. Bieber calls it the best gift. He finds it in God, in grace and forgiveness.

I put my heart into your hands

Learn the lessons you teach

No matter what, wherever I am

You're not hard to reach

And you've given me the best gift

That I've ever known

You give me purpose everyday

You give me purpose in every way

Now that’s powerful spiritual truth that might actually disqualify it as a guilty pleasure… but I did listen to the rest of the record. But not much. Honest. Now on with the cap and shades as I avoid my former students for the next week or two…

(This blog was my original Pause For Thought for last week. The theme was Guilty Pleasures. I made myself vulnerable and did mine on Justin Bieber! Then David Bowie died and I had to change it. In his death Bowie saved my cred... but not my soul you understand... though it is an interesting illustration... Anyway, I thought I'd share the Bieber one. How brave was I!)