THE WAR IS OVER: DID WE WIN? - FITZROY'S REMEMBRANCE SUNDAY LITURGY 2015 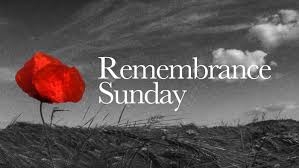 In the summer of 2014 we went off on holidays in mid July and the world seemed to go to war. In Ukraine rebels blew a passenger jet out of the sky. The television footage from Gaza was simply horrendous. The who was right or wrong seemed more urgent than stopping children being blown to pieces. Christian children were being beheaded in Iraq and American had started bombing there again.

I was taken by the "We will remember them" event in its juxtaposition with that evening's news clips showing us how children were suffering the horror of war in Gaza. Those late teens who died in the World Wars should be remembered for the inhumane way that they died and not just as some romantic idea or name on a War Memorial Plaque.

The greatest honour we could give them would be to make sure other teenagers don't meet the same fate. This is simplistic I know, like Paul Brady's "Now I know us plain folks don't see all the story, And I know this peace and love's just copping out," but as my friends Lies Damned Lies once put it "I am fighting to make peace..." Until everyone wins... nobody wins. Until everyone wins we really are not remembering them as we should. So... when...

We’ll begin to honour the lost

When we find an end

We will turn out the lights

But hear the cries of the dying

Echo back through the night

Still we kill our children

Say its for our children’s sake

But we can never sing of victory

In the ricochet of a wake

We argue over who is right

We fight over who is wrong

Nobody can ever raise a flag

For every unknown grave

Should be marked with “OUR INSANITY”

No one’s ever won a war

We start to honour the lost

When we find an end.

1 Praise the Lord! Praise the Lord, O my soul! 2 I will praise the Lord as long as I live; I will sing praises to my God all my life long. 3 Do not put your trust in princes, in mortals, in whom there is no help. 4 When their breath departs, they return to the earth; on that very day their plans perish. 5 Happy are those whose help is the God of Jacob, whose hope is in the Lord their God, 6 who made heaven and earth, the sea, and all that is in them; who keeps faith forever; 7 who executes justice for the oppressed; who gives food to the hungry. The Lord sets the prisoners free; 8 the Lord opens the eyes of the blind. The Lord lifts up those who are bowed down; the Lord loves the righteous. 9 The Lord watches over the strangers; he upholds the orphan and the widow, but the way of the wicked he brings to ruin. 10 The Lord will reign forever, your God, O Zion, for all generations. Praise the Lord!

I am struck every Remembrance Sunday that I am remembering those in their late teens who sat in the same building and pews that we are today, then went off to war and never came back. I always see the late teens who sit in those pews now, think of the pastor's love I have for them, and imagine if I had to pray them off to war, or hear the news they had died at the Somme or had to pray at some funeral service for them. I actually am doing just that for those Fitzroy teens who went to war back then.

So, with all this in my head and heart and soul I wrote these lyrics and one of our teens Jonny Fitch has made it into a song and is going to give voice for his Fitzroy equivalent in 1914...

I went for the adventure

I went to be brave

I went to see the world

I went to try and save

Our way of life

And you’re love for me

I said we’d be back soon

I said we’d be alright

I said don’t you worry

I said that every night

That I would write

That I would pray

For his blessed day.

No one ever imagined

And you can’t imagine now

The pain, the screams, the smell

Blood sweating on my brow

The pain, the screams the smell

Blood sweating on his brow.

Leader: They shall grow not old as we who are left grow old;

Age shall not weary them, nor the years condemn;

At the going down of the sun and in the morning,

we will remember them

ALL: We will remember them

Last year in Knock Presbyterian during a remembrance reflection a number of young members of the congregation stood up. Each was of the age, and in the pew, where a young man from the congregation who had died in WW1 and WW2 would ordinarily have sat during worship.

It was immensely powerful.