STOCKI SURMISES THE BAN ON THE LORD'S PRAYER ADVERT 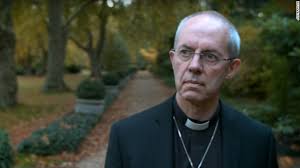 I do this thing at weddings. I don’t feel the guests should get out of it without a little work. I mean they get the free meal and the excuse for a new outfit! So at the end of the ceremony, before my own blessing upon the newly weds, I ask the congregation to imagine a firework rocket in a bottle. I ask them to write a prayer, tie it to the rocket, light the fuse and watch it soar in the air over the couple heads. I think I heard that Bono and his New Year Party guests do it over Killiney Bay. Anyway, I add that if you are not the praying kind then send a wish. Nobody has ever cornered me at a reception and said they were offended at wishing the couple all the best in the testing journey of a marriage.

The Lord’s Prayer could be seen as Jesus wish for life in all its fulness for humanity. Let us ask, in the midst of the Church Of England’s Lord’s Prayer advert being banned from cinemas across secular Britain, what is so offensive in such a wish.

Jesus asks us to pray or wish for world where everyone gets their daily bread. Is that something we find repulsive? Actually the wish is deeper as it is all about people settling for enough for the day and not greedily gathering more while others have little. That might actually be offensive to a world whose religion is the acquiring of things… but that everybody has daily bread seems inoffensive to me.

Is it offensive to wish for a world where people forgive each other? In a world of conflict in the home, on the street, across the city and the world could we not wish that people could reconcile and live at peace.

What about wishing that people are protected from evil? In a world of recent terrorist attacks in Nigeria, Paris and Mali is it not good to wish that people don’t get bombed, shot or held hostage but are delivered from such atrocities?

Of course it is not called Jesus Wish, it is called The Lord’s Prayer but like in my wedding ceremony I am not offended if those without a belief in God just say a wish! If they think my praying is just wishful thinking, then I can believe their wish might be a prayer!

What amazes me most about the whole sad Lord’s Prayer tale is that an entire nation seems to be ignorant towards religion and ignorant about what religion is. That a cinema would not show an advert about prayer for a better world but show adverts about the purchasing product after product and not see that as having any religious or political connotation amazes me. The profit as the bottom line is the god of the age. It rules us. It shapes our living, desires and hopes of fulfilment.

Atheism, humanism and secularism are religions. Indeed the humanists are keen to have University Chaplains these days. To not believe in God is a belief. Richard Dawkins has written apologetics and evangelistic books about it. Books that are believed with fervour and passion.

That secularism should think it is neutral is an astounding thing particularly when it censors ads in cinemas. I am the first to confess the failings of Christianity down 2000 years. We have been self righteous, we have been legalistic, we have been exclusive and narrow-minded. Forgive us. Many of us have repented and now seek to live by the spirit of the Lord’s Prayer. Secularism should refrain from doing the kind of things that they rejected Christianity for in the first place.

My final surmise… and can I ask the anti-religious to stop reading now. In the early 90s a sex shop opened in Dublin. At that time no newspaper, radio or television station would take an advert for a sex shop. So the shop owners phoned the Free Presbyterian Church in Belfast. Within days there was a picket outside and the sex shop was on the front page of newspapers and on every radio and tv station across Ireland! I am writing this blog and social media is going crazy about The Lord’s Prayer because of this ban. Job done Archbishop!

Has the Lord's Prayer now become modern punk, so offensive to the establishment but in its censorship it is more popular than ever....I wonder did the "intercourse firearms" ever imagine they would be in the same boat as scripture!