HARD TO GET - SURMISING GOD AND THE PARIS TERROR ATTACKS 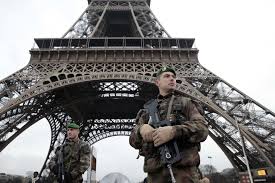 My friend Martyn Joseph has a song called Not A Good Time For God: -

“It’s not a good time for God

It’s not a good time

men with bombs adore him”

It came to mind again last night as I watched the tragic and unbelievable news from Paris. If this has been done, as is expected, in the name of Islam then religion is to blamed for more human carnage. As I as a believer think of it as a godless event, many will think of it as a god-filled act. It’s not a good time for God. Let us be careful not to damn all Muslims as the same as these militants, anymore than all Protestants and Catholics  should have been stereotyped by the atrocities of The Troubles.

It is difficult as a pastor to make sense of such an inhumane act. What does the minister say into such senseless horror? How can we equate belief with unbelievable killing? One thing Martyn goes on to sing is that it has actually never been a good time for God:

the crucifixion cost him

it’s never been a good time for God”

This morning I am reminded of a television interview, a few days after the Virginia Tech shooting in 2008, when American novelist Lionel Shriver gave me a window to deal with the inexplicable. Shriver challenged a tendency we have to rationalise such tragic events. Shriver dismissed such a pursuit and declared the event as “a mystery of evil.”

This made total sense to me. I have no idea whether Shriver shares my Christian faith or not but it has been my concern for many years that in the age of rationalism we have lost the mystery of God. We tried to seamlessly explain him. As we scientifically sowed up all theological thought we lost the awe of the mystery and took control back from God. We did not need to trust anymore because we knew as much as God. To quote a David Gray line, “We were trying to spell what the wind can’t explain.”

Most of our intellectual responses to the Paris Terror Attacks will be trying to spell what the wind can’t explain. We will attempt to take control. What Shriver is telling us is that we cannot because we are dealing with something beyond us. With all our human progress and knowledge we just can’t grasp this one. This is the mystery of evil.

We sit as tiny specs in a vast Universe but think we should, with our finite little brains, be able to take all of it in. This morning I sit under the vastness of that cosmos and hurl my questions at God. I no longer attempt to be God, with all the answers, but seek a space where that mystery of evil collides with God’s good grace.

We have questions that we will ask in our outrage, heartbreak, grief and tears. At such times I am reminded of the song of another friend, the late Rich Mullins. Rich warns us that having all the religious answers will not solve our problems nor will it erase our hurt.

“And I know you bore our sorrows

Even if it could be explained…”

Indeed, the entire lyric of that song Hard To Get is a helpful thing for me at a time like this…

You who live in heaven

Hear the prayers of those of us who live on earth

Who are afraid of being left by those we love

And who get hardened by the hurt

To find the faith to ask for daily bread

Did You forget about us after You had flown away

Well I memorized every word You said

While You're up there just playing hard to get

You who live in radiance

Hear the prayers of those of us who live in skin

We have a love that's not as patient as Yours was

Still we do love now and then

Did You ever know loneliness

Did You ever know need

Do You remember just how long a night can get?

When You were barely holding on

And Your friends fall asleep

And don't see the blood that's running in Your sweat

Will those who mourn be left uncomforted

While You're up there just playing hard to get?

And I know you bore our sorrows

Even if it could be explained

And I know that I am only lashing out

At the One who loves me most

And after I figured this, somehow

All I really need to know

Is if You who live in eternity

Hear the prayers of those of us who live in time

We can't see what's ahead

And we can not get free of what we've left behind

I'm reeling from these voices that keep screaming in my ears

All the words of shame and doubt, blame and regret I can't see how

You're leading me unless

Where I'm lost enough to let myself be led

And so You've been here all along I guess

It's just Your ways and You are just plain hard to get.

For me there is not much to surmise in terms of god in any of this.

"Where is god in the middle of this?" is not really a relevant question for me.
It would have been in days gone by, of that I'm sure. I'd have been on the defensive and the offensive in the past, explaining god and defending him all at the same time. I can hear myself...

I don't really like the idea of the "mystery" of evil either. There's nothing mysterious for me about this evil. It's just that, evil, justified and motivated by yet another warped religious view of what's right. "The worst things in this world are justified by belief"

I guess that's how I see it, I lay the blame firmly at the feet of those who pulled the triggers and swung the swords in the name of god.

That something would save us from god in all its guises...

God help us all.

Thanks for that, Steve. The older I get the greater that mystery becomes. But, isn't it amazing that people as unworthy as us are allowed to be part of it. The challenge to us is how much we care about the world to lovingly take the news that changed our lives to a world that has been well insulated against our good news.