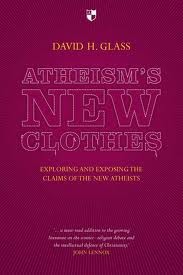 Atheism has had a golden age of literature and media exposure over the last decade. Names like Richard Dawkins and the late Christopher Hitchens are almost household, at least middle class household names. They have written the Gospel and Creeds of new atheism and have gone on evangelical crusades to preach that Gospel.

This Atheism mission has created a fresh need for Christian apologetics. David Glass is one of the sharp minds who has given himself to such a task. His book Atheism’s New Clothes has been critically acclaimed. John Lennox, Professor of Mathematics at Oxford University writes, ‘With consummate analytical skill and scrupulous fairness, David Glass demonstrates that the emperors of the New Atheism have no clothes … a must read addition to the growing literature on the science–religion debate and the intellectual defence of Christianity.’

David is a speaker who can bring the intellectual thoughts down to a level for the common person. This two part series in Fitzroy will be really helpful for Christians who wish to think through their own faith and be able to debate their faith with others. It will also be an interesting series for those who have an interest in Dawkins et al and want to hear the other side of the story.

The next TWO Sunday nights David Glass will speak in Fitzroy.

Posted at 11:41 AM in FITZROY PRESBYTERIAN CHURCH | Permalink | Comments (0)