A STEP TOO FAR; A CONTEMPLATION ON FORGIVENESS - A Film In 3 Parts... at Fitzroy 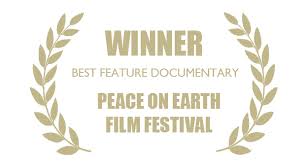 A STEP TOO FAR; A CONTEMPLATION IN FORGIVENESS

a film in 3 parts

with reflections and discussion led by Rev Dr Peter McDowell

A Step Too Far; A Contemplation In Forgiveness is a powerful film that cuts deep into the soul of everyone who watches. Everybody at sometime has been wronged. How we respond will define us and also decide whether healing and restoration happens or whether the dominos effect will go on and on.

Creative director Paul Moorhead, who is from Lurgan, was like me challenged and inspired by the Amish community’s response to the Nickel Mines Schoolhouse shootings in Lancaster County, Pennsylvannia back in 2006. Charles Roberts, a non Amish gunman, shot ten young Amish girls, killing five of them dead. The Amish community immediately forgave the killer, visited his family, set up a trust fund for his children and eventually the killer’s mother became a carer for one of the little girls left brain damaged by the shootings.

Paul Moorehead asked what we in Northern Ireland could learn from this response. Beginning the film with our own Shankill Bomb atrocity of 1993 Moorehead shifts to Pennsylvania where he investigates the Amish community’s philosophy of forgiveness with the help of a few Professors from Messiah College.

It is spiritually potent stuff and won Best feature Documentary at the Peace on Earth Film Festival.

On three nights (Oct 25, Nov 1 and Nov 8, 2015) Peter McDowell formerly of the Irish Church’s Peace Project will break the film into three sections, giving time for reflection and discussion. We will also hear from Paul Gallagher and how he dealt with being shot in his own home because his neighbours were not around. Now in a wheel chair Paul is a peace advocate studying at Queens University.

So, come on down and let us ask how forgiveness should work itself out in our lives and society. What does it mean to forgive those who sinned against us as we play so often in the Lord’s Prayer.