Home Archives Profile Subscribe
THE PAIN NOW (THE JOY THEN)
THE IDOL OF BEING RIGHT; WINNING BATTLES, LOSING WARS 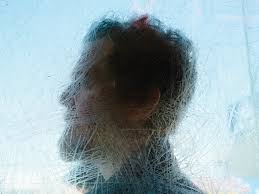 In a concert in Vicar Street last December Glen Hansard debuted a new guitar. Fans will be aware of his old one, gloriously battered and bruised and full of holes. Hansard explains how his friend Rene made the new one from a Church bench from a Protestant Church in County Down. Joking about the Protestant nature of it he also talked about how the mahogany wood would have traveled to Ireland 150 years ago and then been sat on by all these “proddies” before becoming this thing that looks and sounds beautiful.

I love the story but I tell it because it is a great illustration of this new record. That guitar is a very different entity than the Church bench or tree but the history is within it. So… this collection of songs. Hansard has taken all the songs that he has loved for 50 years and made them into something fresh and vital.

In recent years Hansard has released songs by Bob Dylan (Pressing On on A Tribute To Bob Dylan In The 80s Volume 1), Bruce Springsteen (Drive All Night on an EP) and Van Morrison (Into The Mystic as Swell Season on The Five Year Engagement (Music Form The Motion Picture - EP). Those three songwriters are riven through the DNA of Didn’t He Ramble. This is classic songwriting and the most mature work in Hansard’s wonderful 25 year old recording career with The Frames, The Swell Season and as a solo artist.

So the acoustic strum and lyrical style of Dylan is here; Springsteen is here too, maybe more particularly with how he has used brass in more recent times; and well Van Morrison has always been dear to Hansard and “Through summers long and winters cold” sees him echo Van’s nature lines.

As well as the song writing traditions of Dylan, Springsteen and Morrison, Hansard is also recycling their spiritual concerns and language. Bob, Bruce and Van have come at the spiritual from very different angles and again Hansard is not coming with any of the creedal works of Dylan, Catholic substance of Springsteen or the comparative religions of Morrison. He has trawled the concepts, language, the soul and Gospel feel of all of that work and used it for his own purpose.

The blend and distilling is beautiful and potent on a record that shouts for your attention lyrically more than any Hansard work until now. For me the theo-musicologist and pastor I am salivating at some of the verses, couplets and lines. I am jotting down Grace Beneath The Pines for a sermon illustration:

Grace beneath the judge's gavel

Grace among my brothers on the firing line

Grace upon this road less traveled

Grace beneath the pines the pines”

Regulars to Soul Surmise will know that Grace is my favourite word and Glen preaches it perfectly!

Winning Streak come across like Dylan’s Forever Young, John Martyn’s May You Never and The Rolling Stones’ Shine A Light.  Again my soul scope is lighting up with:

Be some comfort when you're lost,

Help you when you're all broke down,

May the spirit of good brethren

We are back to the close relation of grace in Her Mercy. The words are almost interchangeable and this time Hansard is singing about impact:

Mercy, mercy, coming to you,

Feel her beauty flowing through you —

She will unbind you, set the word free.

Bible images are back again on the Irish traditional influenced McCormick’s Wall with its wonderful fiddle outro:

For all guitar makers;

for the prisoners and the law;

And the fine wine drinkers

Who drank their bellies raw;

And to all the good samaritans,

Whoever found us in the dark;

And to all who’ve been

The lovers in the park;

And to all the Ó Díomasaigh singers

With their roots in holy ground.

In the bells above the town.

For me the very best lines are those last ones, “And forgiveness still lingers/In the bells above the town.” That sentiment is almost over riding feel of the spiritual influences of the record. Like Springsteen, Hansard’s Catholic upbringing seeps through in his life and in a country, society and culture that has almost rid itself of all things Christian or Church the best of what Jesus brought is still lingers as the Church bells ring… and again we might hear that recurring line in Morrison’s work when his Protestant “Sunday six bells chime.”

I am distracted as I would be by the spiritual content in these songs. It is not too contrived to hear these songs as prayers or pastoral encouragements. So,  I need to add before closing that the Gospel choir sounds, the New Orleans brass sounds and the Irish Traditional all blend without jarring on songs that are honed by the instrumentation and arrangement. In the end the most important thing are the songs and what a collection of songs this is. Uplifting, hopeful… spiritual!