Home Archives Profile Subscribe
LYRICAL SNAPSHOTS OF ARUA ON THE CONGO ROAD
A SONG THAT UNDERSTANDS - CATHARSIS, THE PSALMS AND BEN KYLE 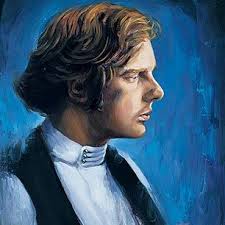 Monday August 31st is going to be a historic day in rock music. Not only is it Van Morrison’s 70th birthday but he will be doing a concert on Cyprus Avenue the Belfast street he made famous in one of rock music’s greatest records Astral Weeks.

On Sunday morning, the day before, Fitzroy Presbyterian Church will be building their Sunday morning service around the music of Van Morrison. That might not be the usual approach to a Church worship service but for Fitzroy it might not be as big a surprise.

For some years Fitzroy have been putting on a Gospel According To... series of events that look at songs and indeed literature, film and art, and draw out the spiritual meaning. The series has included Bob Dylan, U2, Bruce Springsteen, Leonard Cohen, The West End, Harry Potter and Van Gogh! A few years ago they did Van Morrison.

Fitzroy’s minister Steve Stockman has been connecting art, and theology for thirty years. He hosted his own music show Rhythm and Soul on BBC Radio Ulster for ten years and has written Walk On; The Spiritual Journey of U2 as well as The Rock Cries Out; Discovering Eternal Truth In Unlikely Music. He is currently considering a book idea on Van Morrison!

Morrison gives all that is necessary to build a Christian worship service around. He has recorded hymns and many of his songs have spiritual insights. His upbringing on Hyndford Street in East Belfast meant that he was conditioned in the shadow of all kinds of Churches, Mission Halls, Gospel Halls and Kingdom Halls. It was very unlikely that an artist like Morrison who has paid so much attention to his childhood in his near fifty year career would not find these influencing his art.

Later he became an enthusiast of Comparative Religion. He read books and wrote songs about all kinds of religious ideas like Scientology, Roscrucianism and the Tibetan influence of Alice Bailey. Into the middle of this wide ranging mix Morrison’s Christian legacy enters and exits in orthodox and unorthodox ways. Lots of his songs have a deep spirituality as a result.

On Sunday morning an array of talented musicians from Fitzroy including Chris Wilson, Scott Jamison, Dave Thompson and Caroline Orr will bring live performances of Morrison’s songs and Stockman will bring Scripture, prayer and sermon together with that work.

That Fitzroy is another place that Morrison mentions on Astral Weeks, in the song Madame George, gives the morning service extra resonance with the historic events of Monday. The aforementioned Madame George was described by one commentator as “part blues, part Protestant testifying... with the insistent verve of a Presbyterian minister...” You will get some of that on Sunday morning! Everybody welcome!

The Lord ’N Fitzroy… and Van Morrison is at 11am on Sunday August 30th at Fitzroy Presbyterian, 77 University Street, Belfast BT7 1HL