STOCKI'S FAVOURITE 10 RECORDS FOR THE FIRST HALF OF 2015 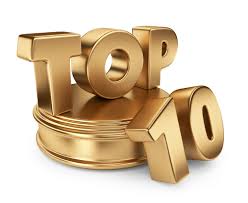 I remember my mate and I saying after the umpteenth brilliant 12” by The Bible that they never release a bad track. Their b-sides were always superb. So, twenty five years later Boo Hewerdine releases an album of songs he lost and found again, discarded and yet a quality collection of Hewerdine songwriting magic.

9. RICKIE LEE JONES - THE OTHER SIDE OF DESIRE

A return to songwriting form for Rickie Lee. I love that quirky voice and when she writes meandering yet literary songs like these I get excited!

Belfast’s finest co-writes with very talented mates and as usual crafts originality and introspection to keep all our souls’ attention.

Objectively this is the best album of the year. Melancholic and cathartic in looking back at a fraught relationship with his alcoholic mother it brings Steven’s usual reflections on universal truth. Genius!

I love this man’s pastoral songs, full of work written literally as he brushed floors. Wide souled and calming in a world in turmoil.

Change of outfits and instruments but still full of passion and soul. A more than acceptable reinvention.

Mike Scott’s spiritual exploration of the Long Strange Golden Road goes on in the most rocking of forms. The words are clever and deftly rhymed.

I discovered Knopfler again thirty years after I had left him alone. Quality songs more than tastefully done.

Just the most sumptuous songwriting. Music to the ears, content for the soul.

Right at the last moment ex Civil War girl Williams becomes a woman. She reveals the strength of womankind in the story of one particular woman. Musically imaginative and emotionally tender.

and also worth a mention in no particular order: -

RHIANNON GIDDENS - TOMORROW IS MY TURN

BOB DYLAN - SHADOWS IN THE NIGHT

SOAK - BEFORE WE FORGET HOW TO DREAM

THE DECEMBERISTS - WHAT A TERRIBLE WORLD, WHAT A BEAUTIFUL WORLD

JAMES BAY - CHAOS AND THE CALM

JAMES TAYLOR - BEFORE THIS WORLD