Home Archives Profile Subscribe
HOW A ROUTE DIFFERS FROM A ROAD... IN THE FOLLOWING OF JESUS
STEVE STOCKMAN POETRY BOOKS LAUNCH - PRESS RELEASE 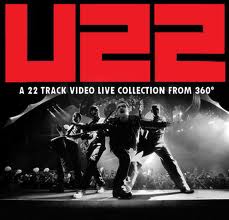 When Joshua Tree arrived in March 1987 the song I Still Haven’t Found What I’m Lookin For got a lot of the attention. Surely here was the song that proved that Bono and his Irish mates were not Christians and if they had ever been they had backslidden now. How could a Christian not have found what he is looking for?! Of course it was the usual non thinking Christian sensationalist tabloid discussion. Long before I ever thought of writing a book about U2 I had debated this song across the world with Christians of whom author Os Guinnessonce stated “would die rather than think. In fact most do!” Those who debated with me the lack of U2’s faith missed two things. First, they missed the Bible where in Philippians 3 St. Paul adds to his declaration that he has found by faith a glorious righteousness that is beyond the law – “Not that I have already obtained all this, or have already arrived at my goal, but I press on to take hold of that for which Christ Jesus took hold of me.” St. Paul it seems still hadn’t found what he looking for either!

The second thing the non thinking believers missed was the lyrics of the song itself – “You broke the bonds/Loosed the chains/Carried the cross and my shame/You know I believe it.”Such a succinct theology of the work of Christ was number 1 in the USA for four weeks and Christians missed it. For a cheap laugh in my talks about the song across the world I have added that when the darling of Christian music Amy Grant got to Number 1 she was singing “Baby Baby!”

Those same Christians might have missed what I was most inspired by on my first listening to I Still Haven’t Found What I’m Looking For. Joshua Treewas released as the rock world turned the heat up on its protest with South Africa’s apartheid regime. Since

U2’s previous record Unforgettable Fire, Steve Van Zant’s Artists United Against Apartheid’s star strewn single Sun City had been followed by an album that featured Silver and Gold that Bono had recorded with Rolling Stones’ Keith Richard and Ronnie Wood; a U2 version would appear as a b-side for Where The Streets Have No Name. When I first heard I Still Haven’t Found... the lines “I believe in the kingdom come when all the colours bleed will bleed into one” took me immediately to South Africa. These lines described what the Kingdom was about. Twenty years later I would sit in Cape Town’s District Six Museum reflecting on how apartheid’s ideology, built on a Christian theology, could so smash the Kingdom Of God vision that St. John had in the Book of Revelation, as they bulldozed a huge chunk of Cape Town to divide white from black. U2’s vision of God’s Kingdom was an antithesis and was built on those lines that followed, “You broke the bonds, loosed the chains, carried the cross and my shame...you know I believe it.” U2’s Kingdom was no ethereal pie in the sky but was built on the life and work of Jesus.

On U2’s recent Fan Club giveaway U22 we get a potent, perhaps definitive version of the song and these ideas. On this lavish souvenir package of the U2360 Tour we are treated to 22 live highlights. During their gig in the FNB Stadium, Johannesburg on 13 February 2011 U2 welcomed Hugh Masekela, South African trumpet playing legend and exiled anti-apartheid campaigner into the band for these very words. It is a musical highpoint of the U22 and it is a political and spiritual tour de force. As his black jazz trumpet blends into U2’s stadium rock groove the Kingdom of God of the words becomes sound to dwell for a moment or two among us. It is the holy beauty that the best of art should always be. It gives us a vision of a better way and a foundation to build the world that we still haven’t found but by God’s grace we continue to look for.