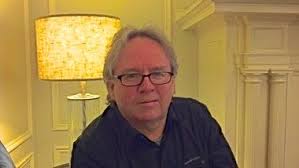 This weekend Soul Surmise broke 350,000 hits. I find that astonishing and want to think everyone who takes the time to read my daily rants, reviews and surmises. For me, the end of most days has me at the lap top thinking out loud on the screen. That there are other people who find what I say helpful is always a surprise and encouragement.

I am a stats watcher and it never ceases to amaze me what blogs are most popular. Most days I range from just 145 - 160 hits. That can be record and book reviews or some spiritual surmise, poem or sports rant. There is little doubt that the current affairs are when the pointer goes through the roof. The Belfast flags protest, Pastor McConnell’s remarks about Islam and the recent General Election are the blogs that went through the 1500 hits a day. You also seem to like the personal. When our good friend John Montgomery passed away there were many visits from his friends to the words I spoke at his Memorial Service.

This past weekend was a spike in hits for sure. The ungracious election speeches last week hit a nerve among many here in Northern Ireland. I was amazed at the different responses that blog received. A few suggested I was being too harsh; we all make mistakes and I should get over it and not expect too much. Others told me how the blog had helped them be less critical and that the grace I had shown was a challenge. Most of you spoke to me or texted or emailed or messaged to say how important it was that I had blogged my thoughts as it had resonated and articulated your own thoughts. Some said that you were able to send the link to friends who had been over critical of Christians and that it helped in some small way to balance the situation.

I guess that such comments have encouraged me to try to bring a different Christian voice to the public square. There are many Christian voices and for whatever reason the one I speak in is rare, particularly in Northern Ireland. I am not at all comfortable to be the one who speaks in that voice but realise that sometimes things need to be said and I am obligated by my faith to share.

Soul Surmise was predated by a web page called Rhythms Of Redemption set up when I was hosting my radio show Rhythm and Soul on BBC Radio Ulster. I need to thank Gareth Dunlop and Rick Munro for gifting me that top quality site. It was my short surmises on U2 on that site that got me a book deal with Relevant Publishing that opened so many doors for me. Before that, Andrew Kyle, my first administrator when I was Chaplain at Queen’s University had told me about the new fangled idea of websites and we set up a very early version. I remember when after weeks and weeks we got our 100th hit. We smashed open a donut or something in celebration!

So again, thank you for indulging me. About five years ago I realised that I probably no longer had the time to write books so I would blog every day instead. It pays less but reaches as many people. Maybe it is time to write books again. There are one or two in my mind. We will see. In the meantime I will go on surmising about this and that seeking to caress and collide the revolutionary ideas of Jesus on this, that and the other. Here’s to the next 50,000 hits!

Thanks for helping us on our daily journey....as we keep trying to incarnate the gospel...together!...and in the spirit of the Jesus New commandment!....revolutionary stuff.