BILL FAY - WHO IS THE SENDER? 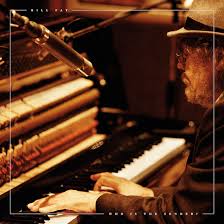 Bill Fay’s piano led spiritual ruminations are an utter blessing; a gift of grace. That we lost him for 40 years makes his rediscovery even more precious. In his time away from releasing albums, this humble artist swept factory floors and only tinkled on his piano for his own private amusement. He mentions those factories in the songs on this his follow up to my 2012 Album of the Year, Life Is People, and there is something incarnational about his work as a result. This is a man on the factory floor pondering life in the horizontal but connecting with the vertical to bring perspective and hope to the sadness he sees in humanity’s inhumanity to humanity.

The doom of War Machine is tempered by the prayer of Bring It On Lord and the hopefulness of Order Of The Day. The latter songs have their faith rooted in the Christ moment. Fay has described the record as alternative Gospel and it is certainly from a Christian place; even Bible translator William Tyndale gets a tribute on Freedom To Read. Yet, there is no hint of a preachiness, judgementalism or self-righteousness. It is like his Divine connection is too pure to be tainted by the impediments of creeds and denominations. Yet, the substance is no less anchored in its transcendence.

The beauty of his piano playing, added to by perfectly pitched haunting production by Joshua Henry, is always pastoral and ever inclusively welcoming. Fay has the gentle repose of Nick Drake and the sage-like spiritual wisdom of Leonard Cohen but, dare I say it, is a better writer than both. The songs have a melancholy weariness at a world that has gone wrong! Yet the darkness that is real and threatens never envelopes because each song is like a flickering candle of hope. And like prayer candles Fay’s songs are a solace to the soul like few other artists can achieve. A tonic for the depths of being and medicine for world transformation. Splendidly captivating!