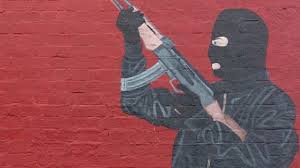 John Brewer, Professor of Post Conflict Studies at Queens University, said in a meeting the other week that the Northern Irish Troubles was not a religious war. You can’t argue with that. There is no question that theological issues were not the reasons that the IRA or the UVF were bombing and killing.

It is hard to imagine the leaders of any of the paramilitary gangs having a good row over justification by faith or the real presence of Christ in the bread and wine! It was about loyalty to a Queen against the setting up of a United Republic Ireland. The dates and symbols of this non religious war were 1690 and 1916, King Billy and Patrick Pearse.

Where I agree with that I have been surmising in recent days something that often gets lost under the surface. There was, and indeed still is, a religious war going on in Ireland, particularly Northern Ireland. Where there had been much healing across the world after the Reformation and Counter Reformation that happened centuries ago, Northern Ireland has yet to move on. We are still stuck in that religious division of history.

For me personally, that caused one of the deep regrets of my life. Twenty five years ago next month, I didn’t read the Scriptures at my friend’s wedding because I was told that sharing in worship in a Catholic Church was a betrayal of my faith. Really? Reading the Bible at a wedding is wrong? I know many others who will not meet, befriend, pray with and certainly be involved in worship with Catholic clergy. Sometimes that is out of fear, as mine probably was, but also out of a deep conviction that the religious war goes on.

I am no ecumenist. I am not really looking for one institutional Church. Having priests as good friends has only taught me not only how bad my caricatures were but also why I could never be a Catholic! I am a contrary wee sinner from Ballymena and am determined to hold to my Reformed conviction that it is the right of everyone to read the Scriptures for themselves and obey what the Holy Spirit is saying.

However, Jesus prayed, “I pray also for those who will believe in me through their message, that all of them may be one, Father, just as you are in me and I am in you. May they also be in us so that the world may believe that you have sent me.” (John 17: 20-21). I believe from reading the Scriptures for myself that God calls me boldly to answer this prayer. We don’t need to be under one perfect creedal institution to show unity. We need to love and work together for the mission of Christ across theological or liturgical differences. 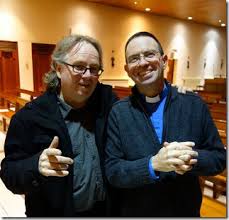 So, with a religious war on the streets, there was this other war going on. At times it endorsed the other war. I remember two newspapers articles side by side where the political conflict was reported on one page and on the other page some Church leader saying how he wouldn’t worship with Catholics. Two wars on two pages.

Of course what this did was to eliminate the most potent peace makers from the political war. With the Churches at war, the reconciliatory power of God was absent. The key for me in that aforementioned prayer of Jesus is “May they also be in us so that the world may believe that you have sent me.” Reconciliation of the Churches is a missional act.

Our Northern Irish religious war has been detrimental to the Gospel instead of the proof of Jesus power to transform and reconcile. Instead of Northern Ireland being a shop window across the world to prove the transforming power of Christ’s life, death and resurrection we were the great obstacle to world mission as a good few missionaries were sadly telling us.

So, The Troubles was not a religious war BUT, I am surmising in recent days, that the religious war happening simultaneously should never be left out of the equation. Christ commands me to be a peacemaker in both.

As St Paul said there is no male or female, no Jew or Gentile, no slave or free, should we add to Paul's statement no Catholic or Protestant, we are all in Christ, but the bigger question that needs to be asked is what does it mean to be in Christ, if being in Christ is not about doctrinal accuracy or how you understand the trinity for instance, then what does it mean to be in Christ? I think we need to look deeper at the incarnation itself and see that the incarnation isnt about that Christ was male but about Christ being the true Adam or rather the true human being or human representative, so to be in Christ (i.e participation) means to become truly human (made in God's image) which is how you relate to God and your neighbour, so being in Christ is not about right belief its about right relations as it were, an that means everyone is welcome simply because anyone can become more human and be in Christ.