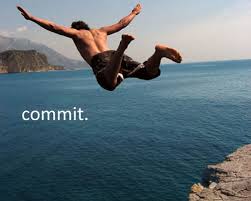 (In Fitzroy we are journeying through Lent in the Travel Narratives of Luke (Chapters 9 to 19). We begin that journey on Monday so in these first few days I am going to draw out some thoughts from the first 9 chapters.)

One day as Jesus was standing by the Lake of Gennesaret,[a] the people were crowding around him and listening to the word of God. 2 He saw at the water’s edge two boats, left there by the fishermen, who were washing their nets. 3 He got into one of the boats, the one belonging to Simon, and asked him to put out a little from shore. Then he sat down and taught the people from the boat.

4 When he had finished speaking, he said to Simon, “Put out into deep water, and let down the nets for a catch.”

5 Simon answered, “Master, we’ve worked hard all night and haven’t caught anything. But because you say so, I will let down the nets.”

6 When they had done so, they caught such a large number of fish that their nets began to break. 7 So they signaled their partners in the other boat to come and help them, and they came and filled both boats so full that they began to sink.

8 When Simon Peter saw this, he fell at Jesus’ knees and said, “Go away from me, Lord; I am a sinful man!” 9 For he and all his companions were astonished at the catch of fish they had taken, 10 and so were James and John, the sons of Zebedee, Simon’s partners.

Then Jesus said to Simon, “Don’t be afraid; from now on you will fish for people.” 11 So they pulled their boats up on shore, left everything and followed him.

Bob Geldof is fond of sharing a quote by mountaineer WH Murray that says, “at the moment one definitely commits oneself, then providence moves too. A whole stream of events issues from the decision, raising in one’s favour all manner of unforeseen incidents, meetings and material assistance, which no man could have dreamt could have come his way.”

The disciple Peter knew what Geldof and Murray were talking about. The circumstances around him were not good. A night’s fishing; nothing. He can’t have been the happiest fisherman and certainly thought he knew better than the local carpenter. What Peter did, while nothing looked hopeful, was to commit. Once he did… “a whole stream of events issues from the decision…”

I have known the truth of this in my own life. A three week student trip to Cape Town turned my faith, mission and theology on its head over an entire decade of trips; a blog post on U2 led to a book and years of new friends and opportunities across America; and a coffee with a priest opened up the 4 Corners Festival and so many peacemaking opportunities that I am overwhelmed.

Lent is a time to reassess our commitments. What will we do, even when the scenarios don’t look hopeful. What first step, or first throw, or first coffee will lead to life changing, world changing situations.

PONDER AND ACT: What might you commit to this Lent season?… Think big… act with a small first step.