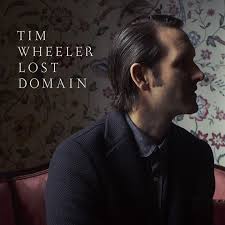 I met Tim Wheeler on a transatlantic flight a few years ago. As we disembarked I said hi and asked him when he was going to make a record that I would have to buy. Well, believe me, Wheeler can’t remember the fleeting moment and doesn’t know me from Adam, but he really has made that record that I had to buy. Those who self indulge me by reading this blog know that I love records that are not just good musically but have something deeper going on that is good for something more!

Wheeler has made a pastoral record for all of us. At some stage in your life you are going to go through what Wheeler has gone through and artistically documented. No, it might not be via the Alzheimers’ tunnel that Tim lived through with his father, but all of us will sit and watch loved ones pass away. As a Church pastor I am in the presence of people struggling through illness and death on an almost weekly basis. There is no easy way through such journeys. I am a great believer that songs can be a cathartic comfort and so Lost Domain should be given away on the National Health.

This is a long way from those teen Ash anthems like Oh Yeah and Girl From Mars. Lost Domain is the work of a young man who has grown up musically and has had to grow as a human being as he faced up to the bleakest of ways to lose a parent. There is no turning circle with Alzheimers. It is like visiting someone you have already lost as if it is a glass coffin. As Wheeler sings, on the perfectly formed and beautiful closing ballad, Monsoon, “a mind that is still reeling, a heart in needing of healing/eyes that have lost  their light/ eyes that stare into the night.”

Wheeler speaks of starting a song after a visit to his father and that that led to all these songs which he was using more for his own catharsis than for any thoughts of commercial release. That resulted in this album that just didn’t fit the Ash template. It was too personal and that even effected the sounds. Lost Domain sounds as mature as the subject matter it deals with. Hospital is a ten minute epic with Bohemian Rhapsody type shifts and drama but with a lot more soul and subjective truth.

As I went out last week to conduct a funeral I reached for an appropriate soundtrack and Wheeler did the job perfectly. This is personal, at times harrowing and yet often times uplifting piece of rock music. It is about illness and death but about the love and care of a son wrestling with the meaning of life and death and the strength and support of a family losing a loved one.

It is also the meditation of a life and Wheeler’s father’s contribution to his loved ones. It is an ambitious piece of work of art and heart. If these songs helped Tim Wheeler through his valley of the shadow as well as they sound then Lost Domain has succeeded. In the raw pain of his subjectivity Wheeler has gifted us all some songs that can carry us through similar journeys through the dark vales of life and loss.