Home Archives Profile Subscribe
LET ME BE A PARTICLE OF YOUR LIGHT... (Bruce Cockburn - Hills Of Morning)
3 MAYORS FOR 4 CORNERS 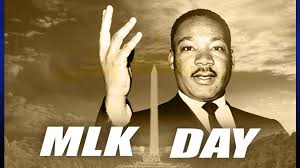 Today is Martin Luther King Day. It is a day that inspires all kinds of provocative quotations to be shared on Facebook, Twitter and wherever else we can. I wondered what I would blog for the day and found this. It is a blog from August 2013 when by wonderful providence we had Jim Wallis in Fitzroy on the 50th Anniversary of Dr. King’s famous “I Have A Dream” speech at the Lincoln Memorial in Washington. Jim Wallis's use of King that night in Fitzroy seems the appropriate blog for Martin Luther King Day. Ponder and surmise!

It was hearing that speech on August 23rd 1963, as a fourteen year old boy living in a very white world, that changed Jim’s life. Were it not for that speech Jim might not have been with us last night inspiring us to put Jesus on the streets, living the transforming command of Scripture to love our neighbour and giving us the spiritual stamina to decide for hope when all seems hopeless.

Jim used the speech very poignantly. He began by suggesting that it was the anniversary of King’s “I have a complaint” speech! Of course it wasn’t and the difference between a “compliant” and a “dream” is profound. There are many things we can complain about and protest against. It is easy to complain but it is in dreaming that people bring about social change. Dreaming is about imagining how change looks. The Bible had told us this a long, long time ago; “your young men will see visions, your old men will dream dreams.”

After Jim spoke we opened the meeting to the floor and John Brewer, Professor of Post Conflict Studies at Queen’s University, made us aware that at the very same time as we were listening to Jim there was a meeting at Stormont to celebrate the "I Have A Dream" speech. John shared how that seemed a little incongruous with the lack of imagination that we have heard publicly from our politicians over recent years. John then went on to say how refreshing it was to be listening to the hopefulness of Jim’s talk.

In my conversations with John, usually when we meet each other dog walking in Lagan Meadows, he has always been pushing the need for a public discourse on hope. I cannot count the number of times where I have been in political, Church and community situations where I have acknowledged how right he is. I understood his comparison and contrasting of these two meetings in the same city on the same anniversary night.

Earlier the next day I had been with Jim Wallis for a Breakfast meeting with church, community and political leaders, hosted by Glenn Jordan at Skainos in East Belfast, and got chatting to Alliance MLA Chris Lyttle who had been one of the instigators of the Stormont meeting. Chris gave me an alternative perspective. He felt strongly that it was a very poignant time to gather our political leaders to ponder on King’s speech. He shared some of, what he felt were, the similarities between King’s gathering in Washington and our own current impasse. So, I left the breakfast thinking that, though it might have been almost a hypocrisy for our leaders to be remembering such a historical moment of social progress and reconciliation at a time when they were failing to lead us in that way, that maybe a meditation on that speech at this time could only be useful; almost hopeful!

In the end Jim Wallis’s message to us, over the three different events he spoke at here in Belfast, was that we the ordinary people need to give a space and the mandate to our politicians for change. President JF Kennedy was not a supporter of King’s Washington gathering. The political leaders in Washington felt that it would need some time to bring the country to the place that King was dreaming of. However, what the Washington gathering of 250,000 people did was to give the politicians the encouragement to move faster. Jim was inspiring those of us meeting in Fitzroy to be a ground swell of change that would give the necessary collateral to those who met at Stormont to make our future together better! Where does that begin. Well, moving from “I have a complaint” to “I have a dream” is where it starts.