Home Archives Profile Subscribe
PEACE ON EARTH - THE GOSPEL PRIORITY
THE GOSPEL ACCORDING TO... THE LION KING; Sunday November 30 in Fitzroy

A MOMENT OF DEVASTATING GRACE; MAGGIE In NEWSROOM 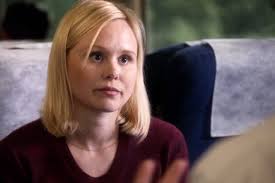 It was a moment of devastating grace. The moment was freeze framed in my mind. The powerful impact of honesty and selflessness was tangible. I asked why were such moments not more common. Where in my life was I causing such effect.

It was Series 3 episode 2 of Newsroom. Maggie from the newsroom is on a train and overhears a senior player in the US Environmental Protection Agency (EPA) chatting to someone on the phone. She sneakily sits behind him, lowers herself down in the seat and holds her phone up to record him. She gets some juicy criticism of the government and then tells him who she is and what she has done. In the midst of the ongoing conversation where he tries to stop his phone call becoming TV news she eventually listens and reflects enough to stop the whole thing in its tracks and say that she is in fact not going to do anything about it. She gets up and returns to her seat.

It is that moment. The EPA guy’s face is a picture. Confused and shell shocked. He simply doesn’t understand. He comes round to ask her what she means. No matter how much Maggie reassures him that she feels it was morally wrong to do such a thing and that she is taking it no further he simply doesn’t believe her and seems to be waiting for some deal to be offered to him. In the end he actually does give her an embargoed report and the promise of an exclusive interview but that is all is his doing.

It was a refreshing scene of integrity and ethical values. Of course it is not lost on the viewer that script writer Aaron Sorkin is setting this scene in the world of politics and journalism. Situations of pure goodness are rare in such worlds. It was a quick shift to have me on a train in Northern Ireland and dreaming of such moments in those worlds of journalism and politics that shape the atmosphere and shalom, well actually division, on the streets of my city. Oh how I yearn for moments when the other party in our vicious and sometimes violent divisions would leave the other party stunned with generosity of spirit. That more what think of what is best for the city, the country, the people, their interviewee or adversary rather than their own vot or TV ratings. Oh for more moments when people would be shell shocked by generosity and moral integrity. Oh that more of us would have moments of not understanding.

But let me not go that far. Let me start with myself. When did I last cause such a reaction? What about my Church? When did we last? As I shifted the Maggie scene across the Gospels I can only imagine that the look on the EPA guy’s face was exactly how the Samaritan woman looked when Jesus spoke to her; how the Roman centurion looked when Jesus said that he hadn’t come across such faith in all of Israel; how the prostitute, caught in the act of adultery looked, when Jesus saved her from stoning and said, ‘Go and sin no more”; how Zacchaus looked when Jesus invited himself for dinner.

It would be easy to say that the Newsroom scene was fictitious and that Sorkin has a habit of being over idealistic. Of course. Yet, as I look into Scripture and find Jesus and hear his invitation to follow him, I realise that it is not idealistic to cause such moments of stunned disbelief as I live an upside down life of grace. Moments go devastating grace is what I am called to.