WHY I PRAYED FOR MAIRTIN Ó MUILLEOIR TO BECOME AN MLA 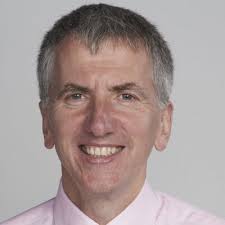 Last night Máirtín Ó Muilleoir became Sinn Fein’s MLA for South Belfast, the constituency I live in. When I heard the news I Tweeted him to tell him "I have been praying for that!" Though I have no committed political allegiances it is not a comfortable thing for me to be praying for a Sinn Fein politician. I am from Ballymena. Friends have had their loved ones killed by the IRA.

Many of my family and denomination will struggle with the fact that I spent a lot of time with Máirtín Ó Muilleoir during his year as Lord Mayor of Belfast. I understand their unease but Ó Muilleoir smashes our caricatures. I am not naive enough to believe that he doesn’t have an agenda. He’s a politician and that is his vocation. Yet, I have found Máirtín very genuine in his passion to bring my city together and to work for the good of the entire city. Indeed, he personifies Jeremiah’s encouragement to the Jews to “seek the peace and prosperity of the city… Pray to the Lord for it, because if it prospers, you too will prosper.” Hard and all as some of the  Protestant community will find that, it is difficult to make a case against his hard work for peace and prosperity.

We are back to prayer and this is exactly why I had prayed for Máirtín to move up from City Hall to Stormont. As someone passionate for peace in our land I have strong belief that we need new political leaders who can somehow break out of the sectarian default. We also need leaders who are no longer attached to the conflicts of the past and carry the Troubles in their image and our perceptions of them. We need different perspectives on both sides of our divide. We need those who have warmer personalities and show generosity in their relationships across our blood stained walls. We need to not just pray for those we vote for. We need to pray for those who those we vote for will have to work with. I am praying for more people like Máirtín Ó Muilleoir, Nichola Mallon, Gavin Robinson (haven't we had three-in-a-row great Lord Mayors in Belfast!) and John Kyle to be political leaders. All four would bring their fresh and imaginative approach to the shaping of our country.

We are in a very fragile place in our political peace just now. Relationships are soured. Progress has slowed to a pungent trickle. Hopelessness is a stench in the air. As I watch the debacle at Stormont I despair and pray that somehow new politicians will make their way through the rotten inertia and inspire us to the future that all our people deserve; that peaceful and prosperous place that Jeremiah asked the people of God to pray for.

After I Tweeted Máirtín last night he Tweeted back to me, “you know that if the talks break down, they will accuse you guys of not praying hard enough. Looking forward 2 working with churches”. I responded, “We need to get up off our knees and show some grace in pragmatic shalom bringing too! Keep me accountable and I will you!”

Máirtín’s comments are in character. He would never describe himself as a religious man but believes that the Churches are powerful places of transformation. He reiterated that again and again while he was Mayor and proved he wasn’t just charming the Church crowd when he told the Sinn Fein Ard Fheis that the most radical places he had seen in his year in office were not political offices but Churches. He values the Churches' support and knows the potency of Church at its best. After a recent racist attack he called the Churches to respond, not as a criticism but as an encouragement.

I was serious too in my response. Someone posted on Facebook yesterday that “prayer is as important to the Christian as breathing.” I agree but humans don’t live to breathe, they breathe to live. That living for the Christian is about bringing Jesus alternative Kingdom on earth. We need to pray but then get up off our knees to be the resources that God can use to answer our prayers. There might be no nation on earth to have had more prayers prayed for it than Northern Ireland. Not making ourselves available in the grace, generosity and imagination of the life of Christ might be why they haven’t been answered. So I for one am going to work with whoever will partner with me to bring God’s peace. I pray for more politicians across our parties like Máirtín Ó Muilleoir. I hope that there will be opportunities to work again with Máirtín and, if we do, I pray we will keep one another accountable. Amen.