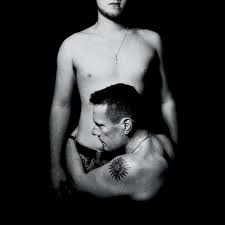 PERFORMANCES AND THEOLOGICAL THOUGHTS ON U2’S SONGS OF INNOCENCE

U2’s new record Songs Of Innocence is causing reaction on a whole range of fronts. After launching the album free on iTunes the vinyl and CD hard copies were released this week and can be bought in the traditional way. They are all over the media particularly the BBC where this weeks Radio 1 Jo Wiley Show and last night’s Graham Norton show featured interviews and performances.

As a biographer of U2 (Steve Stockman - Walk On; The Spiritual Journey of U2 made #99 on Amazon chart) who concentrated on their spiritual journey I am gleaning a lot of theological thought from the lyrics of Songs Of Innocence:-

I woke up at the moment

When the miracle occurred

I get so many things I don’t deserve

- The Miracle (Of Joey Ramone)

From your hill of Calvary

From where I was and where I need to be

The spirit’s moving through a seaside town

For me this is U2’s best song writing in the classic sense of the tradition. It is also the album where Bono seems to have taken most care over the lyrics. The record is filled with wee theological nuggets like the above. And… there is more… having decided to return to their younger years for inspiration there are stories throughout this album that became the foundation for the band’s career and spiritual journey. The death of Bono’s mum (Iris (Hold Me Close)); a UVF Bomb in Dublin (Raised By Wolves); a punk concert (The Miracle (Of Joey Ramone)); and a neighbourhood family (Cedarwood Road).

On November 9th in Fitzroy we will unpack the theological thoughts and spiritual journey of U2. We are blessed with many fine musicians and singers in Fitzroy. Four of the artists performing have made albums - Chris Wilson, Dave Thompson, Caroline Orr and Peter Greer. We will be taking U2 at their word and proving that the songs on this album are so classic in their songwriting that they can be done acoustic. The heart of the evening will be based around five songs from Songs Of Innocence but there will be other U2 songs too. I will then weave thoughts between  in an evening that will do much more than entertain, though entertain it will!

Posted at 12:15 PM in FITZROY PRESBYTERIAN CHURCH, U2... Baby Jesus Under the Trash | Permalink | Comments (1)

Do you record your sermons? Would love to hear this one!