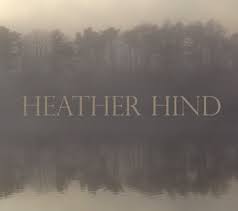 My friend Malcolm Lindsay sent me this independent release that he has been working on. Now if Malcolm touches something you can be sure it is going to be of the highest quality. He has worked with Deacon Blue, Willard Grant Conspiracy and David Byrne and his TV soundtracks have been heard by 100 million viewers! Hinds gives Lindsay some great songs on which to which to wield his genius which he does with subtle sensitivity. That PJ Moore from Blue Nile is involved is no surprise as the album has that ambient atmospheric mood of a Blue Nile type thing. Somewhere between Joni Mitchell and Yvonne Lyon it was my unexpected gem of the summer! Schoolhouse, Tell Me and Wildfire Burn stand out on an album where Hind’s early years in Zimbabwe, life in South Africa and shift to the Scottish islands all blend in pastoral spaces into which she drops spiritual whispers. Literate and lush.