NOTHING BUT A BUNCH OF MURDERERS; BEING IRISH... OR MUSLIM 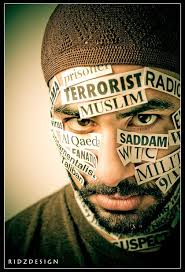 It was a moment that frightened and deeply effected me. I was eleven years old. We were on holidays in the south of England. We were in Saltash, near Plymouth, and looking for a Bed & Breakfast for the night. We had noticed someone walking past our car with a rather cautious look. My father went up a few steps to ask if there were vacancies in the B & B and before he got back to the car the police had arrived. They questioned who we were, where we were from and what we were doing? Our car had been reported. It had Northern Ireland number plates and therefore we might be bombers. To be fair the police were friendly and eventually found us a B & B but for evermore I realised that on mainland Britain I was labelled Irish and the logical conclusion was therefore that I was a terrorist and dangerous. 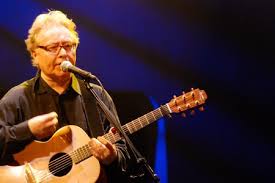 When I first heard Paul Brady’s Nothing But The Same Old Story it rang true.

Putting up with the hatred and fear in their eyes

You can see that you're nothing but a murderer

In their eyes, we're nothing but a bunch of murderers”

Of course in the collective narrative where I am from, that collective is divided and I would not be perceived to be technically in the Irish collective that Brady is singing about. Yet, how those outside Northern Ireland perceive us is very different and we had Irish plates therefore were Irish and therefore republican or loyalist terrorists; “In their eyes, we're nothing but a bunch of murderers”.

After 9/11 I found myself lumping races and religions all together and looking suspiciously at every middle eastern person on any flight I happened to be on. Suddenly in my eyes… “they were nothing but a bunch of murderers.” Thankfully my own story shook me back to reality. It seems that humans have a tendency to caricature, stereotype and lump generalised prejudices on people we don’t define as being in our collective. It is prone to making serious misjudgements on who people are, what they believe and how they might act.

In the recent first official visit of the President of Ireland to the United Kingdom there was a very special concert held at the Royal Albert Hall where Irish musicians and poets performed for the President. When Paul Brady sang Nothing But The Same Old Story I found it emotional. It was a redemptive moment where the song was made redundant apart from the lesson that its memory throws at us.

If any country should know better than to tar entire races and religions with the brush of a few fanatics then it is us! Paul Brady’s song resonates in my soul and challenges me as to how to live towards others. Let’s not have any more “same old stories”.

Posted at 12:28 AM in PEACE AND RECONCILIATION, SONGS FOR A HEALTHY SOUL | Permalink | Comments (3)

In fairness to the people of Great Britain, I've visited many, many times over the decades and never once had anything remotely resembling this experience. I think the assumption that themmuns over the water are all stupid and incapable of independent thought, and reaching reasonable conclusions is perhaps a tad off target! You were perhaps just very unlucky!

It's true we do have a tendancy to caricature, eagerly exploited by a money-driven media. I remember being in York shortly after the 7/7 bombings, standing at a bus stop when a young, bearded, middle-eastern looking man stood beside me, wearing a rucksack... instant judgement and fear on my part!! Yet, like most people, I had enough self-awareness to realise I was making a completely irrational judgement based on zero evidence.

Wasn't that long ago I was stopped at a Welsh port by a police officer. When he looked at the address on my driving licence, he said "Dunmurry? Know any terrorists?"

I knew that trying to explain I lived on the 'Protestant' side of Dunmurry wouldn't have been worth my breath.

I also recall my father telling me that, visiting an English military base for training, he was called 'Paddy' by the soldiers there. Explaining that he was an 'Ulster Unionist Protestant' made no difference to them. It WAS affectionate nick naming, but done collectively nonetheless.