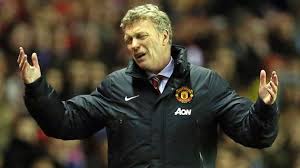 I have thought about writing this blog a few times this season. I have held back in case I ended up with egg on my face. I still might.

When Liverpool and Everton were having regular Wembley derby matches, I always dreamed of a day when City and United would do the same. I was sure it was going to happen in March. I was excited though the closer it got the more frightened I became. My second worst fear this season was that City would cram in a ton of records and win nothing! Worse than that I feared we might win the Treble... and lose to United in the Capital Cup Final! I also thought that that result might save Moyes career!

It has been difficult for me as a Manchester City fan to get used to the shift in default position from playing Macclesfield in the League only 15 years ago to being given a very good chance to beat Barcelona in the Champions League. We have broken records this year. People have called us the best team in the world and, though I doubt that we are, we are one of them. It takes a lot to get your head around it. To rid yourself of the 40 years of doubting. The doubting that still feared losing the Capital Cup to United. You still believe that when Fulham come back from 2 down to equalize that we are certain to lose and not, as we did, win 4-2! Real robust (and there are few more robust than Ya Ya Toure!) reason for belief has messed with our heads.

The look on the faces of United players, fans and former manager at the end of last night’s game against Sunderland suggested that they are having the same experience. United were the team that believed, who came back in the last minute to win. As a City fan I have experienced that last minute, injury time, indeed Fergie time, stab through the heart. That was the default. We City fans are getting our heads round belief while United fans are coming to terms with the reality of doubt. That was the reason for the stunned facial expressions tonight. All is different in the world of soccer; for now!

I have been amazed at the Facebook messages in recent days. People seem to all agree with what I have been saying for a couple of seasons; this is an average United team. The last two season in particular I have wondered, and in the end stood back in awe, as United took City to injury time on the last day of the season in 2012 and beat us by a country mile in 2013. In derby games, some of which United won (remember RVP’s last minute free kick!), I kept asking which United players would get into the City team and could only come up with Vidic and Van Persie. I could not actually understand it. Sir Alex’s genius was the only explanation. Last season’s canter to the title must rate as Fergie’s greatest moment. Apart from Van Persie going to United and not City the manager was the only reason.

That signing of Van Persie is a clue to one of the reasons that United have failed so spectacularly this season. In the summer of 2012 United got their man early and City didn’t. Lesson learned, City bought early in the summer of 2013 and that has been part of the genius that has us playing so well. That genius was learned from United. So why did United not learn from United and fail so badly to sign players last summer. I am mystified by that.

Back to the main reason. My old history teacher Big Bob Mitchell told us that a man’s strength was also his weakness. Sir Alex’s genius caused him to make his worst contribution to the history of Manchester United. Being able to do things in management that others simply cannot do, he failed to understand the second part of that sentence. He did not realise that bringing another manager in to manage the team he left was simply a recipe for disaster. He didn’t advise an investment in new players last summer. It is a huge error but understandable if you can do what he did with who he did it for. Just look at John O’Shea’s medal count and ask how that happened; Sir Alex’s genius!

So, what now? Well let us add to our defence of Moyes, if that is what this blog is, and say that even Alex would have struggled last season if Rooney and Van Persie had been injured for. If they get fit soon and Mata, and maybe one other world class player, signs as it seems is likely do not count United out of that Top 4. The title I believe is gone, even for the mythical United, but Top 4 might be how many find that egg on their face. Be sure that next season the lessons will have been learned and there will be some big spending done. United will be back soon. Will Moyes be in charge? Hard to say but I think it would be harsh to judge him on the legacy Sir Alex left him. If he is given free reign and a big budget and it is still as bad as this next January then it might be time to think hard. Personally, even as a City fan, I would love to see him make it work. I think it was one of United's most radical decisions to go for faithfulness and not the quick hit European manager merry go round.

To conclude, a sting in the tale for United fans. Don’t blame it on an unproven manager. Pelligrini has won nothing either (and of course still hasn't!!!!)! And it just might be that in the post Fergie era you will come to stop saying “City bought the title!” There will be some buying done from the currently “Quiet Neighbours” and it will mean they will get “Noisy” again! Bring it on and let’s do a Wembley derby next season!