Home Archives Profile Subscribe
TOMORROW IN FITZROY 24.11.13
STOCKI SURMISES THE HERESY OF DUALISM IN LADY GAGA'S DO WHAT U WANT

U2; ORDINARY LOVE - An Early Surmise 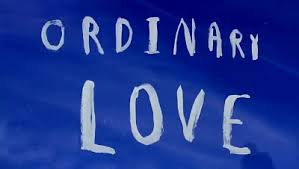 U2 are back. With a new album due in the early Spring of 2014 the Dubliners have an opportunity to whet the appetite and get back in the room with a song from the soundtrack to Mandela: Long Walk To Freedom. U2 fans will immediately know that Bono and Edge have already been connected with Mandela and the very title of that movie. In 2003 they were involved in the 46664 concert in Cape Town when they sang a couple of songs that never found a studio release and one was called 46664 (Long Walk To Freedom), written with Joe Strummer and Dave Stewart. 46664 was Mandela’s prison number on Robben Island and Long Walk To Freedom the name of Mandela’s autobiography. To me the very sound of Ordinary Love has a similar feel to 46664 (Long Walk To Freedom). It is not a traditional U2 sound though the prominent piano does echo their 2007 single Windows In The Sky. There are also lyrical similarities to the 46664 song. That Long Walk To Freedom from ten years ago finished with “waves breaking on the shore” and this one starts “The sea wants to kiss the golden shore.” Having been out to Robben Island over ten times now I can see the scenic view back across to Table Mountain from where the lyrical inspiration must surely come.

In the context of Mandela and a soundtrack, there are a lot of recurring U2 themes. “All the beauty that's been lost before/Wants to find us again” reminds us of the redemption at the heart of their theological song Grace. The breeze and the wind is the transcendent Spirit filled help that carries those who need carried.

The “ordinary love” idea has been spinning around my mind for a few days now. It is Bono at his proverb-like best. This is not about bringing love down to a common denominator. This is about elevating love to its potent heights. It is not saying there is a love that is spectacular and a love that is just ordinary. It is saying that the ordinary is always extraordinary. There is nothing less.

This is the spiritual bottom line. The secret of the Universe. Without the involvement, connection and giving of love humanity is bereft of hope, meaning or the possibility of transformation. Humanity is at its very lowest. If we can’t take love on and live it, brave and self sacrificial, then we can’t reach the fulfilment of humanity’s potential that Jesus called “life and life in all its fullness” (John 10:10).

Nelson Mandela lived that ordinary love in the context of South Africa where the radical revolution of his life said, “I can't fight you anymore/It's you I'm fighting for,” in a post-prison political leadership that was for the common good that included his enemies as well as how own. This was not, sing U2, some beyond normal act of love. This is love. Ordinary and every day. It is always that amazing and unbelievable. It changes the world. It is the ordinary love we need in the divisions in Northern Ireland. It is the ordinary love that Fr Alec Reid, who we lost this week, showed us in his Mandela and more importantly Christlike actions.

If the U2 album that we are waiting for in 2014 is as depth charge filled as this we are in for some serious soul surmising!