Home Archives Profile Subscribe
U2; ORDINARY LOVE - An Early Surmise
STOCKI SURMISES GRACE; THE OXYGEN OF ANOTHER WORLD BUT WE LIKE BREATHING OUR OWN 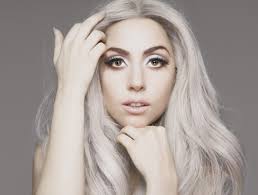 Lady Gaga’s recent appearance on The Graham Norton Show on the BBC really impressive me. She was wonderful in her interaction with June Brown; Dot from Eastenders. It was great TV. During the show I came to realise that Lady Gaga is not really a pop star so much as performance artist. It gave me a new respect for her art.  There seems to be a lot going on in her whacky outfits and songs. As she spoke I could see echoes of so many artist friends who are a fascination when they get explaining their brain process in the creation of their work.

In the affectionate empathy of Gaga and Brown’s chatter, June did the 87 year old Granny-like thing and shared her concern about the first song Lady Gaga had performed on the show; Do What U Want. Gaga immediately responded like the granddaughter defending herself. The song is about the press and how they can do anything they want with my body but they can’t get to my heart and mind, she explained.

It is a worthy thought but it is Art Pop heresy just as it has been theological heresy for many a century. Down through the history of Christianity there has been a danger, often realised, in splitting the body and soul. It is called dualism and to put it crassly there are some who would think that the sinfulness of the body can get in the way of the holiness of the soul. This has led to all kinds of error in the working out of the Christian faith right down to the reaction to Elvis’s hip wiggle and the evils of rock n roll!

Lady Gaga has come up with a whole new dispensation of dualism in her meaning of this song. I believe there will be error in the working out of that too. If Lady Gaga, or dear wee Miley Cyrus, thinks that the body is almost an irrelevant bundle of matter, the use of which has nothing to do with their hearts and minds, then I think that is a very flawed understanding and will have repercussions not only in their own lives but also the lives of the generation they influence.

The use of your own body or the way others abuse your body has implications, psychological and spiritual. It is more than likely to come back to haunt them and beyond them the entire female gender and the male gender too. The use or abuse of our bodies in sexual ways should never be dislocated from our minds, hearts and souls. The body is an integral part of who God made us to be. The heart, mind and soul are all integral to the fulfilment of sexual satisfaction. The compartmentalising of them makes everything less than it should be.

On the BBC news, as I type this blog, they are reporting shocking levels of child on child abuse in the UK. In the report Deputy Children's Commissioner Sue Berelowitz  suggested that the music and pornographic industries have a great deal to answer for in creating such attitudes, with young girls being treated as commodities within gangs, passed around as sexual toys or used to ensnare rival gang members. Into such a tragic set of attitudes is Lady Gaga’s preach that you can do what you want with her body a healthy song for the soul of our society?