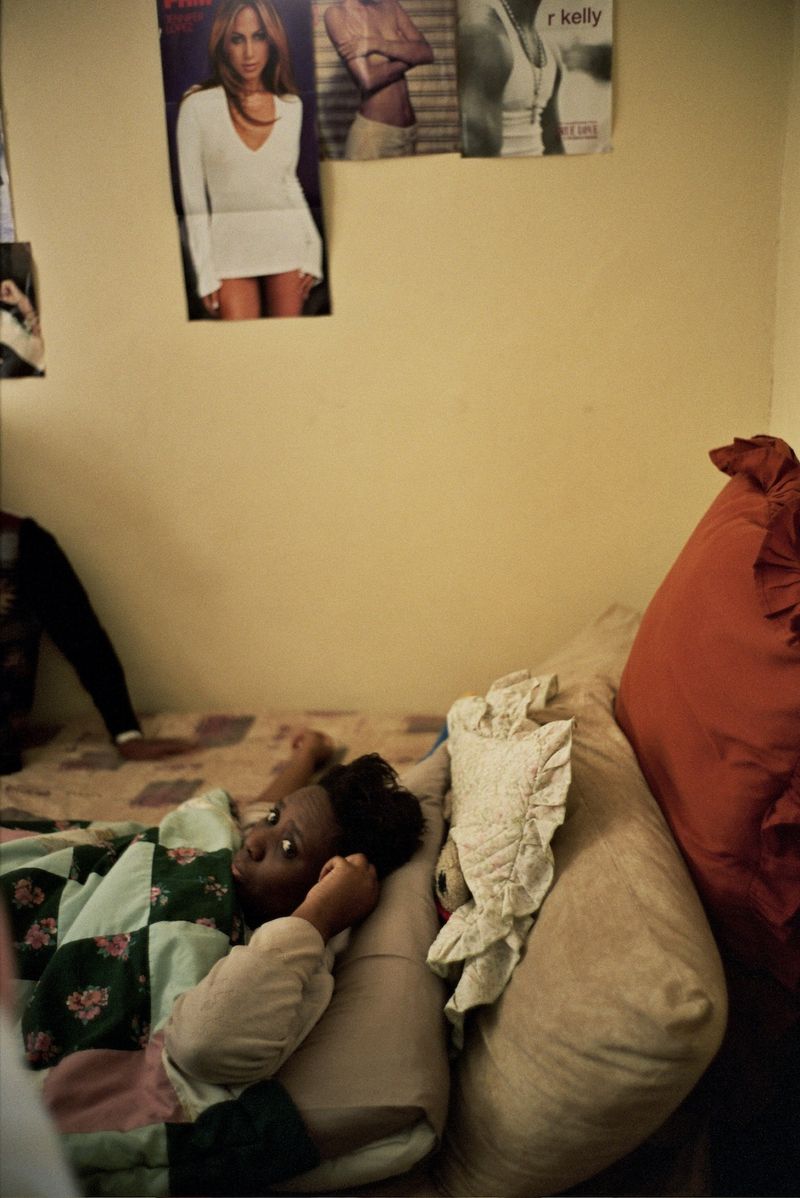 ( for World Aids Day I want to remember Sindy who passed away in 2006... She will live in my memory for as long as I live... here's how she impacted my life...photo by the very talented Gordon Ashbridge)

It was a very strange, near mysterious experience. Six weeks in Cape Town, working fourteen hour days to transport students around in mini buses with something significant to experience at the end of each journey, had me at the point of exhaustion. A Sunday night text home was sharing the excitement that it would soon be over. On Monday morning everything changed.

We were at JL Zwane Memorial Church to learn more about their HIV/AIDS ministry. There was a new challenge. We were to visit women suffering from AIDS in their own homes. We needed convinced that this was not a voyeuristic exercise. We were assured that culturally the Xhosa people saw visiting their homes in situations like these was an honour. So off we went. I decided to go with our second group to visit Sindy. The first group had appeared tearful and emotional but part of that had been to do with the sense of hope they had been able to share particularly when one of our students, Ashling, had sung to their patient.

Sindy was a very different case. It was a pretty hopeless scenario. She had been suffering from the virus for six years and had developed to a late stage of the disease. Her mind was not always able to focus and she was at time incoherent but a recurring theme was how bored she was with the drugs. What needs to be understood is that anti-retroviral drugs need to be taken on a particular schedule with a particular diet. When, like Sindy, you had been on this regime for a lengthy time and didn’t feel much of the benefit, frustration can is understandable. We left her home, nodding to her mother in some kind of speechless way that dared to give out whatever hope we could muster along with an abundance of deeply felt love. Yet, we felt useless, unable to help, in a place where death seemed to be loitering with grave intent.

The mystery for me was that on leaving Sindy I felt invigorated again. I didn’t want to go home anymore. I wanted to keep driving that bus. I got a new sense of energy to keep on keeping on. As I looked back over the visit I was a little confused as to where this change of perspective could have been birthed. Could it be that as I reached out to touch Sindy’s fingers, too weak to grip mine there was something mystical that happened.

The next day as I sat in the office of Dr. Spiwo Xapile the pastor at JL Zwane, he thanked me for what our team had done the day before. He told me not to underestimate the gesture we had made. He then made a staggering statement, “You know when they tell their neighbours they will not say that white people came to their house, they will say that God visited them.” We felt nothing like God and such a view would seem way overestimated to us but it made me think again about my own mystical experience in Sindy’s room.

Could it be that I met God in the eyes of the least of one of these as Jesus told me I would when I visit the sick. And could it be that as that Matthew 25 parable of Jesus is worked out we find that God lives particularly in that place where the one who serves touches the one who is served. That as Sindy experienced God in me, I experienced God in her. That this is what Jesus was encouraging us to in that parable.

After I got home someone told me that they had been reading the Christian psychologist Larry Crabb who said we didn’t fix ourselves when we concentrated on making ourselves better. That seemed a contradiction to my friend but in the light of my moments with Sindy it made perfect sense. In attempting even in vain to help someone else I had found God meeting with me, to help me. The selflessness of the Gospel of Christ is going to redeem our fallen beings far more than all the egocentric self helps of our selfish world.