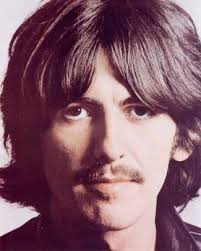 “We were talking-about the love that's gone so cold and the people,
Who gain the world and lose their soul-
They don't know-they can't see-are you one of them?”

From Within You, Without You by The Beatles

The spiritual contribution to the Beatles came from their guitarist George Harrison who in the middle of the material opulence of being in the biggest pop band on the planet realised that money, fame and all the hedonism and freedom in the world couldn’t buy you inner peace. Though Harrison would leave the faith of his Catholic upbringing to seek spiritual enlightenment right in the middle of Sgt Pepper’s Lonely Hearts’ Club Band he is quoting Jesus.

It is at a crucial time of invitation to follow him that Jesus tells his disciples that they must deny themselves and take up their cross daily. He then asks what would it profit a man to gain the world and lose his soul. It was prophetic stuff when Jesus said it and prophetic stuff in the middle of the sixties on arguably the most prophetic rock album in history; a whole generation who “had never had it so good” in material terms were pulled up short and made to reconsider their idea of human fulfilment.

Harrison would later get some criticism for the preaching tone of his work and it begins here. The “are you one of them?” was an extraordinary slap in the soul and I think what needs to be remembered is that albums like Sgt Pepper in the sixties were not just lapped up by the fans but the stars themselves were almost conversing with each other in the records they made. Harrison’s question was not just for the wider world but for his rock star community too. Within You, Without You might be the least known song on the album but is certainly the most powerful message at a time when the world was looking for message!