LOU REED; NEW YORK and HIS PART IN THE CHRISTMAS NATIVITY - Stocki's Tribute 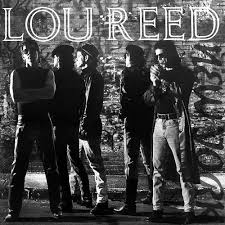 Lou Reed’s passing on Sunday was a huge loss to all of us interested in rock music. He was an iconic figure and incredibly influential. There was of course The Children In Need charity version of Perfect Day will be best known along with Walk On The Wild Side. For me Satellite of love was a favourite even before U2 covered it and Bono duetted with Reed live via video screen! It was while Reed was supporting U2 at the King’s Hall, Belfast on June 24th 1987 that I had the privilege of seeing him live. I have to say, though, that I was not an obsessive fan. When I picked out 8 of his CDs off my shelf, to take to the coast this week, I realised how much of his work I admired.

The New York record was my favourite. It is the best shop window for his New York street poetry with those heavy, but not too much so, rhythmic guitar riffs. New York was a cohesive album, brilliant start to finish! Romeo and Juliet and Great American Whale are exquisite pieces of rock music but Busload Of Faith and Dirty Boulevard are even better! Busload Of Faith, which I remember Newry band The 4 Of Us doing a corking cover of in their mid 90s live set, dismisses dependence on everything including God and church but that glorious riff “Need a busload of faith to get by” still resonates. It is a bit like his version of John Lennon’s God but I’ll take faith over Yoko and John to depend on every time! Dirty Boulevard sums the whole album if not much of Reed’s entire career up. It is about the underbelly of New York street life. The social, political and cultural critique of American life gets spat out with a great verse: -

“Give me your hungry, your tired your poor I'll piss on 'em
that's what the Statue of Bigotry says
Your poor huddled masses, let's club 'em to death
and get it over with and just dump 'em on the boulevard.”

My favourite Lou Reed musical moment though was when he appeared on  song that brings redemption to those hungry and impoverished!

“There are others who know about this miracle birth
The humblest of people catch a glimpse of their worth
For it isn't to the palace that the Christ child comes
But to shepherds and street people, hookers and bums
And the message is clear if you've got ears to hear
That forgiveness is given for your guilt and your fear
It's a Christmas gift [that] you don't have to buy
There's a future shining in a baby's eyes...”

It is Lou Reed singing the Christmas nativity, perhaps even more off kilter than Perfect day being a pop number 1! It is a live version of a Bruce Cockburn song from the The Best of Columbia Records Radio Hour, Vol. 1, released in 1995. The song was Cry Of A Tiny Babe, an 8 minute run through the Christmas nativity story of all things. The Bruce Cockburn Project website has a few quotes about the song. One is from an interview my friend Steve Lawson did with Cockburn for Guitarist Magazine. Steve asked about duetting with Lou Reed and Bruce responded, “I know, it amazes me too - you should have been there when it happened. We'd rehearsed it but he was reading the lyrics off. There we were playing the song, and it came time for his verse and that's what he did, and I just started laughing as you can probably hear on the ensuing chorus.”

Another quotation from the Bruce Cockburn Project gives insight into Cockburn’s intentions with the song. He told Paul Zollo in Song Talk... "I wanted to write a Christmas song. I went at it like trying to tell the Bible story but put it in modern terms. Like the Goddard movie "Joseph and Mary". I thought the story in the Bible is such an interesting story, but you forget how interesting it is because it's held up as a cliche so much to us. And over the years people have lost their humanity, who are in the story, and they've become larger-than-life figures. And I just thought it would be interesting to play at putting them in a human context. So Mary becomes a little bit shrewish and has a little bit of an attitude. The classic Mary figure, the Madonna - the original Madonna - is a far cry from any young Jewish mother I've ever run across [Laughs]. So I wanted to get it into something that people could relate to."

For me Cockburn’s song does just that and Lou Reed unique voice gives the song the menace that King Herod would have cast across Judea as babies under 2 were all killed in a ruthless attempt to get rid of God in a bundle of baby bones in straw who was quickly whisked away as a refugee to Egypt. If you want to smash up the sentimental clichés and bring realism to the nativity story then Lou Reed was the man! Of course Cockburn’s chorus was a poetic and theological depth charge...