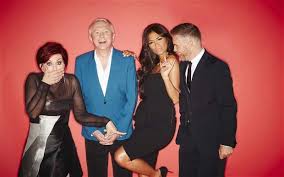 X Factor and modern worship; could they be curtailing the impact of Jesus in our modern world? As X Factor heats up, a three month build up to what you will be conditioned to make the Christmas Number 1, it has a more serious bi-product for a generation. Alex Petridis, rock music critic for the Guardian, argues that what is happening in the pop and rock scene has sociological implications. His argument is that the television shows Pop Idol and X Factor that produce democratic record deals dilute the edge of music. It has become known as “consensus rock.” The winner of these shows is decided by phone in, public votes and result in million dollar record contracts. If an artist wants to get the vote of the armchair television watcher he or she has to sing songs that appeal to the 8 year old voter at the same time as the 80 year old viewer. This affects the art, blands it out, leaves it insipid and anaemic. That the youth of the early twenty first century are less radical or revolutionary than their 60s or 70s counterparts should not surprise us. What is on the iPod of the youth will decide what social change happens on the streets. Or won’t!

Worship is now about the iPod too. When those great old hymns were being written, full of theology and discipleship, the writers were not thinking about CDs sales. It can often be frustrating for the preacher as he or she sits down to think of songs to wrap the sermon in that there is such a narrow subject matter and often times flimsy at best theology and call to action in the vast array of songs. No one is ever going to hum the sermon on the way home from worship but a good song that can be sung long after the benediction can catechize, nourish, equip and energise action for the entire week to come. What is on the iPod of a generation of Christians can shape the kind of Christian action that Jesus demands and the world needs.

As I thought about all of this I was drawn to the old negro spirituals. Why did Bruce Springsteen dust seven of these songs off for his Seeger Sessions Tour awhile back and why did he start and end his most recent tour with This Little Light Of Mine. What is it in songs written and sung in cotton fields where the singers didn’t imagine it would reach the next farm so much as the next century that has kept the songs not only alive but wherever they have been socially transformative?

The Civil Rights Movement knew the transformative power of songs and used them as such. Bernice Johnson Reagon, a mover and shaker alongside Martin Luther King, and vocalist with Sweet Honey On the Rock, said, “How important were the musicians during the civil rights years? They were crucial. You could call black people together in any committed way without a ritual that involved an enormous amount of singing. The singing was used to create the climate, to get the people ready to address the issues. The song leaders were absolutely essential.” Gospel singing legend Mahalia Jackson has a similar testimony believing that “gospel music had given the people courage and spirit when they were in danger.”

To theologize this I studied The Spirituals And The Blues by another King accomplice James H Cone. Cone theologized these old songs and revealed what they had deep within them and that made them such a transformative power. From all of this I uncovered what I term prophetic stimuli that if contained in songs can contribute to healthy souls and the bringing of God’s Kingdom on earth as it is in heaven – carriers of theology, carriers of story, unity, unity of emotions, hopefulness, imagination, re-humanizing, catharsis, protest, sense of wonder and commitment.

Another theologian Calvin Seerveld suggests that if Jesus is Lord then he should be Lord of all. He speaks of an “aesthetic obedience.” He warned that, ”any public which denies artistry its rightful place under the sun forfeits a rich source of imaginative knowledge. If the public is unwilling to learn the difference between, on the one hand, the visionary leader and the honest artisan and, on the other hand, the shyster, the opportunist and the trendy fellow traveller, that public will become colourless or a pastiche. It is a strong statement to say that those who neglect art become “colourless or a pastiche.” In situations where there is no aesthetic discernment then Seerveld uses words like “still born,” “handicapped” and “deformed” to describe our lives. Something of the fullness of our human experience is lost if we are duped by too much X Factor or flimsy content to our worship songs!