Home Archives Profile Subscribe
REFLECTIONS ON A LIFE IN ALL ITS FULNESS - Tribute To Mo Blake
THE GOSPEL FOR THE COMMON GOOD - JIM WALLIS IN BELFAST; Fitzroy, August 28th, 7.30 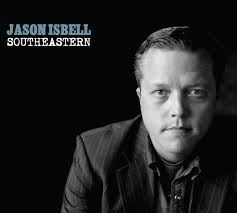 You’d be better off to drink your coffee black

But I swear, the land it listened to the stories that we told

God bless the busted boat that brings us back”

That busted boat that brings us back is like the ark that saved Noah and his family from the flood and gave them a new start. This is an album that testifies to redemption. I was unaware of Jason Isbell, and not too knowledgeable about the band he almost drank himself to death while a member The Drive-By Truckers, but the recommendations I got were from people I trusted and once a again they were not wrong. A sign of my age is that very few new albums really grab my attention and certainly few have grabbed my attention like Southeastern. Not out in the UK until my birthday week in October this is a record worth waiting for or grabbing on import!

Readers of my music reviews might be well aware of my love for Whiskeytown’s Strangers Almanac. I think it is the best thing Ryan Adams ever did, maybe one of the best things anyone ever did, and though Adams has reached for its heights occasionally I am always hoping. Halfway through Southeastern’s second track, Stockholm, I started thinking, “this is as good as… as good as… what is it this reminds of the greatness of… Strangers Almanac!” There’s certainly an Americana hue to the entire thing and then at times he cranks it up as on Super 8.

It seems that Isbell found redemption in the arms of songwriter and fiddler Amanda Shires. In the aforementioned Stockholm he sings:

On the shoulder of somebody’s Saturday night

Read the good book studied it, too

But nothing prepared me for living with you”

I am not sure how much that good book is responsible for his recovery but later it is clear that Shires is a saviour of sorts:

“Once a wise man to the ways of the world

Now I’ve traded those lessons for faith in a girl.”

There’s a great deal of soul searching and life changing going on here. The Songs She Sang in The Shower: -

“In a room by myself

So I pace, and I pray, and I repeat the mantras that might keep me clean for the day.”

And on Different Days: -

My daddy told me, I believe he told me true that:

“The right thing’s always the hardest thing to do”

Ten years ago I might have stuck around for another night,

and used her in a thousand different ways,

but those were different days

Those were different days”

The lyrics are raw, honest and intelligent; the songwriting superb. Elephant takes that raw honesty into little travelled territory as it deals with a friend losing the battle with cancer:

“I’ve buried her a thousand times, given up my place in line

but I don’t give a damn about that now

There’s one thing that’s real clear to me: No one dies with dignity

We just try to ignore the elephant somehow, somehow”

Maybe it is the new physical sobriety or the emotional stability and joy, that has quite obviously come alive in his new life, but Isbell has put together the collection of songs of his career. It should lift him up another career notch or two. It is an enjoyable sounding album, from beginning to end if at times heavy on the subject matter, and odd expletive but the overall message is hope. Very, very satisfying indeed.