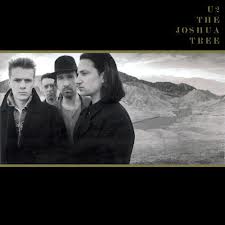 The day after the joy of Resurrection Sunday. What then? After the exhilaration of yesterday. The belief. The reinvigorated hope. This is where U2's I Still Haven't Found What I'm Looking For comes into its own. Of course, alongside With A Shout (Jerusalem), we already used this song on Good Friday. Now a few days later the concise theology of the cross in this song is made sense of and firmly professed with "you know I believe it!" Then... "I still haven't found what I'm looking for..." As I have had to declare many times, this is not a confession of doubt. Indeed, it is quite the reverse. The song leaves no doubt about the cross and then goes on to declare the same certainty about "the kingdom come, where all the clouds bleed it no one." Here in the in-between, though, we are running, crawling, scaling the walls to reach for the possibilities that Resurrection Sunday has opened up.

It always takes me back to Philippians 3 where Paul gives a similar testimony to that of Bono's. Paul gives a clear definition of his faith in grace but then goes, "Not that I have already obtained all this, or have already arrived at my goal, but I press on to take hold of that for which Christ Jesus took hold of me. Brothers and sisters, I do not consider myself yet to have taken hold of it. But one thing I do: Forgetting what is behind and straining toward what is ahead, I press on toward the goal to win the prize for which God has called me heavenward in Christ Jesus." Paul hadn't found what he was looking for either. He was running, crawling and climbing to reach this fulfillment that he believed he could because of the events of Easter weekend.

And so the Monday after the new life has begun... Let us head from these events to the events to come... With all that we have!