Home Archives Profile Subscribe
Lyric For The Day the IF Camapign is Launched (23.1.13) from Read All About It (Pt III) by Emeli Sandé
BRINGING BELFAST TOGETHER - 4 Corners Festival Prayer Event

STOCKI SURMISES THE ENOUGH FOOD FOR EVERYONE... IF CAMPAIGN 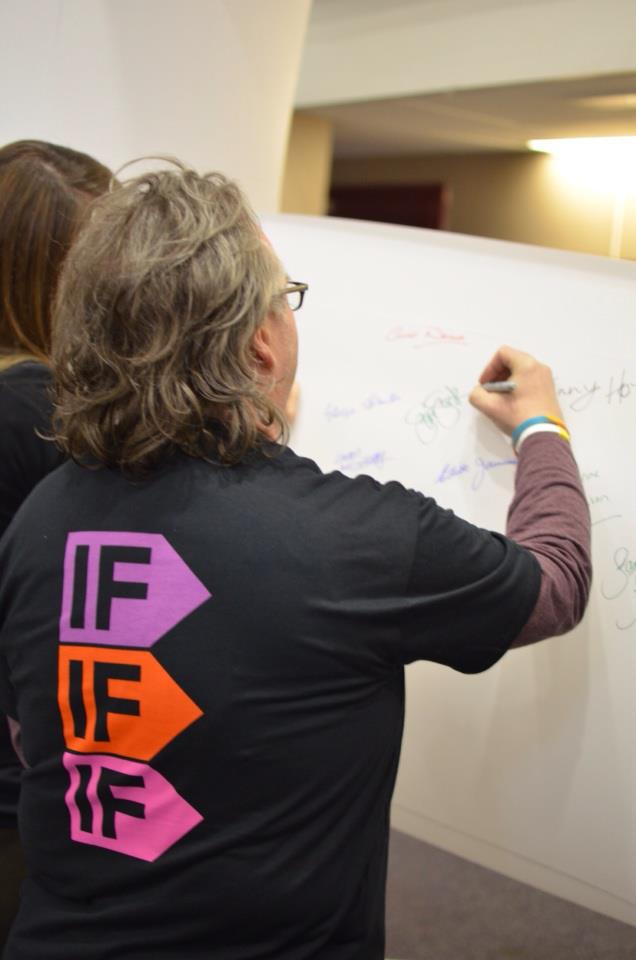 Yesterday morning I had the privilege of being part of the launch of the IF campaign. I got to wear the t-shirt, sign an inflatable IF
and become part of a human IF for the press in the Quad at Queens
University Belfast. With world leaders descending on Enniskillen for the G8 Summit in June it is time to ratchet up the pressure on the British Prime Minister to influence quantifiable change across the world. IF is a great name for the campaign. As a long time advocate of Biblical imagination the phrase “what if” is constantly in my thinking. So I love the IF. Just two letters but get used to them because I have now seen them in huge inflatables, with office
equipment and even eggs on soda bread! I am wearing it on a wrist band and wearing a t-shirt with it all down the back.

I will come back to the IF but there is an incendiary phrase before that. Enough Food For Everyone is a breathtaking truth. In this campaign when we see it and announce it and write it down surely
it will finally sink in. What an obscenity that there is enough food to feed everyone and yet 15 million children die every year of hunger and 33% of the world is reckoned to be starving. WHAT! Enough
Food For Everyone makes those of us who are not hungry in the
west culpable for an intolerable injustice.

That truth though is the resource that fires our IF. We don’t have to imagine the food; it is there. What we need to imagine is how to make the enough go round. That is where the campaign goesn tangible. Four ways that that can happen are... IF our government
keeps it promise to give enough aid to stop children dying from hunger and help the poorest families... IF our government closes tax loopholes so big companies pay their fair share in poor countries...
IF we stop farmers being forced off their land and we grow crops for food not fuel... IF governments and investors are open and honest about their actions.

If is a recurring Biblical theme. God is always suggesting that IF God’s people way in there will be societal transformation. In so many places that IF is a prophetic challenge to quit the religious worship, fasting and prayer and do what God requires (check Isaiah 58; Micah 6; Amos 5 for starters). Not that worship, fasting and prayer are wrong but if those three did not work themselves out in justice and mercy for the oppressed and the vulnerable then God’s anger raged. IF, however, the people lived mercy and justice then God’s blessing poured out. This is the Kingdom Of God. This is God’s Shalom. This is what we are called to and the IF campaign focuses are minds and hearts and souls to deliver. And delivery is possible because there is enough food for everyone... IF!

Posted at 01:19 AM in SOCIAL JUSTICE - BLEND AND BLUR, STOCKI SURMISING | Permalink | Comments (1)

Hmm it seems like your blog ate my first comment (it was super long) so I guess I'll just sum it up what I had written and say, I'm thoroughly enjoying your blog. I as well am an aspiring blog blogger but I'm still new to everything. Do you have any recommendations for newbie blog writers? I'd definitely appreciate it.