Home Archives Profile Subscribe
NOW THAT WAS A CHRISTMAS DAY
STOCKI'S ALBUMS OF 2012 - Chimes Of Freedom; The Songs Of Bob Dylan 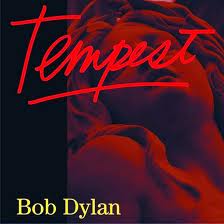 I have admired the last few Bob Dylan records. They have been interesting, very solid and very far from his worst. Yes, these were worthy additions to his life work but I didn’t fall in love with them. Time Out Of Mind I really liked but Oh Mercy might be the last
Dylan record I really loved in a way that has me return to it again and again. Tempest arrived with some hopeful expectation. Dylan
spoke of wanting to make a religious album and that was what got me to acquire the taste of his voice in the first place. Though he seems to have chickened out of the full blown religious statement could there be some of those intentions lingered. I was looking forward to this one. In the end Tempest is my favourite Dylan record since Oh Mercy.

Why? Well, though Dylan continues to trawl the American history of blues, folk, jazz and country the musical production here gives up its rights here in order to serve the voice. The voice is 71 years old and more ragged than ever but somehow it is in your face and devastatingly gripping as a result. Mojo magazine have just done an
article about the recording of Desire where Dylan seems to have
walked around distancing himself from the mic with engineers frantically following him, Emmylou Harris in tow, in order to capture him. On Tempest the microphone is so close that you can feel the spittle dampen your speakers. The phrasing, always Dylan’s genius, is brilliant both when the voice seems to be thread bare or when it is as strong as it has been in a while.

For me it is what Dylan says with that voice and in that phrasing that intrigues me the most and has kept me buying his records and reading books about those records. Here again Tempest is a winner. Couplet after couplet fascinates and there are images, stories, love, death (lots of death actually), social judgments, political comment and yes religious comment too. Bob Dylan’s enigma has purposely
confused, distracted and sent us down blind alleys for an entire career. You get the feeling that he is sitting somewhere laughing at the very idea that people are trying to decipher his cryptic clues to some kind of meaning but the realise he doesn’t really care. Yet, Tempest seems to have a lot to say about the vacuous obsessions of the First World, America at war and how salvation comes. In a recent Rolling Stone interview Dylan said, “ Narrow Way seems to suggest that that redemption is not ours to earn, “I can't work up to you, you'll surely have work down to me some day.”

The title of another song Pay In Blood is dripping with the images of the Jewish Passover or the Christian idea of atonement when Christ shed his own blood and shouted from the cross an Aramaic word that could be translated “Paid in full” but also seems to be haunted by America at war in recent years – “I play in blood, but not my
own.”

The song Tempest itself is a 45 verse take on the sinking of the Titanic. Part of the lyrics are fact but sit alongside the fiction of Leonardo Di Caprio from the movie and then some stuff out of Dylan’s head. Dylan would say that because it is not all true does not mean that it is not true! The facts are not as important as the spiritual, social, political or personal truth that needs to be told.  In recent press articles Dylan has been charged with plagiarism and there is a litany of sources from which he steals in lyric and tune on Tempest. However, that is now Dylan’s thing. Working out of a
rich seam in rhythms and rhymes he is almost like the editor of sacred texts who ties the threads together to highlight truths needing highlighted and maintained. The old sage is on form and we need to listen to the wisdom hidden within a very powerful record of our time, set in all time. I am loving it!