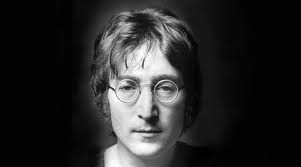 All I want is the truth

Just give me some truth

I've had enough of reading things

All I want is the truth

Just give me some truth

With just a pocketful of hope...”

John Lennon was shot 32 years ago today and this song was written almost a decade before that. Yet, after the week we have had in
Belfast these words ring right on the money. Perhaps Ash’s version of the song gives it that Northern Ireland accent and angle!

Politicians and hypocrites seem to have cornered a section of our community into a damaging and often violent protest. The hypocrisy
comes from a community who call the democracy card for their lack of generosity towards the “other” community for decades and now respond to a democratic decision with near fascist acts.

It is hard not to believe that “yellow belied tricky-Dicky”
politicians have orchestrated the protests that have shut our flourishing Christmas markets, stopped people from getting married, postponed a Children’s walk for Cardiac care and made Christmas less joyous for the majority. This has been Unionism’s deep shame for many, many years, whipping up their working class communities with vitriolic language and then driving home to their middle class suburbs and washing their hands of the blame. It is difficult not to find a conspiracy against Naomi Long’s East Belfast parliamentary seat in the 40,000 leaflets sent out to whip up dissent against Alliance politicians. Now Naomi has received death threats and those who wrote and distributed the leaflets are running from any responsibility.

Truth? What does that mean in any kind of politics but particularly Northern Ireland politics. It is what we, along with John Lennon,
are looking for. We long for that word responsibility. We long for some integrity. We long for someone to put the greater good above their own “neurotic psychotic” selfish vote. We long for leaders whose truth brings real imagination as to how we can create a shared future that brings a divided community together, to be blessed by the richness of differences and to make our little bit of the world
prosper in the true definition of prosper for the benefit of all those who live in the widest possible definition of our community.

Please give me some truth!

Thanks, Stocki. I was dithering over just how to word my blog on this, and I came across yours. I reposted a link to this on my WordPress blog (thealternativeulsterman), as it saved me so much time trying to work out how to factor in 'democracy' and 'hypocrisy' (keywords in many of my blogs!). Saved me SO much of my time, which is precious right now. I 'surmised' that you wouldn't mind. Hope I didn't presume too much.