Lyric For The Day 9.11.12 from Sunrise by Divine Comedy 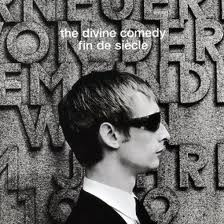 “Who cares where national borders lie

Who cares whose laws you’re governed by

Who cares what name you call a town

Who’ll care when you’re six feet beneath the ground


From the corner of my eye

A hint of blue in the black sky

A ray of hope, a beam of light

An end to thirty years of night

The church-bells ring, the children sing

What is this strange and beautiful thing

Can you see the sunrise?

I can see the sunrise”

-     From Sunrise by Divine Comedy

Neil Hannon is a Northern Ireland songwriter who says in this song that he was born in Londonderry and Derry city too. One of the many insane quirks of our Northern Ireland society is that the name of a town divides; the vast majority of Protestants call the city Londonderry and the vast majority of Catholics call it Derry! What you therefore call it betrays which side you are on. Where the streets (and the towns) have no names comes to mind! He also grew up in Enniskillen which he mentions in the song too and the bomb at a Remembrance Parade in 1987, 25 years ago yesterday, which killed and injured many people.

In this Lyric For The Day we look at Hannon’s more hopeful ending. He has experienced the end of the Troubles, paramilitary cease fires and a power sharing local government. The first lines above are actually the wisdom. Hannon is trying to check priorities and what we will live and die for. As Bono’s dad said, quoting an Irish writer I think, “Ireland is only a sod to keep our feet dry. Indeed.

At least we have been living in “this strange and beautiful thing” for a while. May our sunrise go on.