Home Archives Profile Subscribe
INJURED... ON THAT DAY - book review
Sermonettes For Lovers In A Dangerous Time with Bruce Cockburn 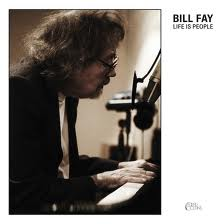 Bill Fay is a story. Life is People is a gem of a record that comes out of nowhere and makes an impression beyond great songs and great playing. About 10 years ago I conjured the idea of a novel. A rock star releases two great records in the late sixties and then leaves the scene. Why? Would an ordinary job be more fulfilling than wealth and celebrity? I wanted to work out those questions in this story. Bill Fay might be that story but he isn’t fiction. There is another story that has just been made into a movie that reflects it too. Searching For Sugar Man tells the story of Rodriguez who gave up music
and while living an ordinary life discovered he’d become huge in South Africa.

But this review is about Bill Fay. Two records in 1970 and 1971 was the last time that Fay had been in a  studio though old recordings and home demos have been released since. In the meantime Fay is writing and playing every day but working as a gardener with no intention of going into a studio ever again.  On the other side of the world in backwoods America a young man called Joshua Henry plays his dad’s vinyl copies of Fay’s records and when he becomes a producer thinks he’d like to chase Fay up and produce him. After a bit of coercion he has done just that with the help of Matt Deighton and Wilco main man Jeff Tweedy who has covered one of Fay’s songs.

The results are amazing. Life is People is a beautiful record. It is a gracious and gentle charm much like the personality that Fay
exudes. Fay's sleeve notes are a powerful contribution to the package. They speak of a humble man who wants the profits for the record to go to charity and who seems an antithesis of the egotistical rock star giving credit to those who have helped him get around to making this record. From this very ordinary soul we are gifted with songs about the weariness of the messed up world and prayers
to help us through.  As a companion for the journey through the world this is a gentle arm around the shoulder and a wise mature elder of the tribe sharing charming wisdom. It soothes but
fortifies for the battles. I have no idea of what Fay’s theological position is but he certainly gives thanks to God and Jesus. The opening There Is A Valley takes us to Christ’s crucifixion which Fay mentions again in Thank You Lord a lovely prayer that and again shows the selflessness of Fay as he prays more for his loved ones than himself. The World finds Jeff Tweedy guesting and seemingly reading Fay’s biog in his lines, “Too many years in factories/Scrubbing floors and walls,” in a mantra that has an awareness of the temptations and snares of this earthly life
that seems to be trying to break us. In this song however and almost the recurring thread in all Fay’s work is the seeking a transcendent release from such weariness  and our need for something to set us free and another day to look forward to. Apocalyptic (in every meaning of that word!) prayers is as good away to describe Fay’s work and this links this collection of songs across the four decades to Time Of The Last Persecution from 1971.

I am still not sure after ten years of surmising whether
my fictional rock star will make a another album but if he does then Life Is People is a perfect template; brilliantly conceived and executed songs that are not just good but good for something.

On the other hand, using credit card is simply a loan with a high interest rate. Every time we use the credit card, we will be got a lot of interest that...