Home Archives Profile Subscribe
A Lyric For N. Ireland's Day Of Reflection (21.6.12) from Take Me To The Place by Deacon Blue
DAY OF REFLECTION PRAYER

LYRIC FOR N. IRELAND DAY OF REFLECTION - from A Seed Was Sown by Luka Bloom 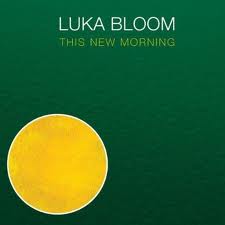 A seed was sown

With a simple bow

Where we remembered our heroes

She said the time has come now

She laid her wreath

With dignity and grace

And softness in her face

She lowered her head down

And held the pose

She remembered our losses

She remembered her own

And in that moment

On his website Luka Bloom tells a very moving story about this song. It’s about Elizabeth II’s visit to Ireland in May 2011 and he was saying howm like me, he had no interested and sensed no significance. Turning on the TV he was suddenly engaged and moved by one simple moment when two women, significant in position but rarely potent with power sowed a seed that could change our island forever. As the Queen of Britain  and the President of Ireland remember their dead together something happens. It is not dramatic but it is significant.
There is a healing through the remembering, not only for the two women personally but for a nation. A seed is sown…

From lives that never get heard', It makes me cry, that line. How many people think that their lives just never, ever get heard?........

A seed is sown…