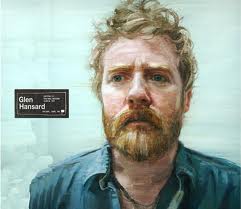 I first saw Glen Hansard in an underground car park on Dublin’s Lower Abbey Street during the filming of The Commitments; it was a film crew that looked more authentic than Hollywood. I first spoke to him after a Van Morrison concert at The Point at the end of 1991 when I discovered
his little Vespa scooter parked beside me. The Frames were my favourite band in the world at the time and it was before I was used to meeting such people; Hansard was so authentic. Maybe six months later and there he is perched on the railings outside the arch at Trinity College and as I passed he spoke to me, remembering me from The Point. Now that is authentic.

Hansard’s music has always been authentic and Rhythm and Repose takes it further up and further in. Taking a year off from the years of Swell Season success, after nearly twenty years of The Frames, Hansard moved to New York for some repose. In the new rhythm of a life, where he had reluctantly come to terms with the success of the movie Once, and its’ becoming a Broadway musical while he was reposing, Hansard started writing and recording and in a very natural organic way he ended up with Rhythm and Repose.

It is an album about love and Hansard has written a record full of songs that give every last nuance of joy, hurt, companionship and betrayal that love can bring. There is a lot of heartache and regret on Rhythm and Repose which works well with Handsard’s emotive voice. Yet with all the heartbreak this is no Blood On The Tracks as the overall message that he declares in the opener You Will Become is that love has a redemptive power, always searching for, ever hopeful. Bird Of Sorrow believes, “Love is gonna find you again”; Love Don’t Leave Me Waiting is almost a prayer for the power of love to come “And love don't leave me guessing... ohh love... don't keep me here, Show yourself, show yourself” ; and the whole thing ends (before the extra
tracks) with love as a guide through whatever is thrown -  “You'll be fine babe/It's just some rivers and streams/In between, you and where you want to be,” on Song of Good Hope. The Gospel According To... Rhythm and Repose is that love is never a fairytale but it has the powers of redemption. In the midst of all this love Hansard gives a commentary on the Celtic Tiger that he felt ruined the authenticity of his people on The Storm, It’s Coming.

Musically Rhythm and Repose’s lineage is down through Swell Season back to The Frames’ For The Birds. The shadow of Van Morrison's Astral Weeks slipstream and viaducts are very much in the ether. Yes, it is the most stripped back Hansard has ever been but far from naked. There are Hansard’s signature whooshes, swells and soars and the bass groove on Love
Don’t Leave Me Waiting is a groove of repose. Someone asked me on Facebook if it was perfect. If you’ve been following Glen Hansard for twenty two years like I have then it is pretty close to it; deeply deep and truly authentic!