IS BONO A HARRY POTTER READER (and maybe Dora The Explorer!)? 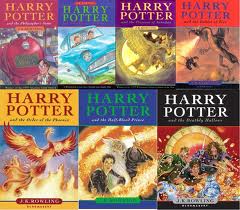 As someone who has spent the last dozen years, if not the twenty before that, saturated in the work of U2 it shouldn’t surprise me when I hear quotations in books and movies and immediately think, “ah that’s where Bono got that line.” I have spoken at Festivals and Universities about  my theory that he was reading Dora The Explorer to his younger children when he wrote Vertigo hence the Spanish numbers and Dora’s favourite word “Hola!” I use that more as a humorous way in and wouldn’t stand over that too much, though if I ever meet Bono in a lift it might now be my opening line! I would be a bit more convinced about another children’s read that has seen its way into the U2 lyrical canon.

When No Line On The Horizon was released I was immediately taken by the modern worship song Magnificent. It was a nod back to the energetic praise of October some three decades earlier. A couple of lines puzzled me, however. Not the meaning or impact but why the choice of words:

What was the mark I wondered? Was this clumsy? Was there a meaning I was missing. Well, last summer I got it. I missed the Harry Potter books but last August my daughters gave us a crash course as we watched a movie a day for a week. And there it was at the end of the first film. Dumbledore is talking to Young Harry and he says:

Dumbledore: "Harry, do you know why...Professor Quirrell couldn't bear to have you touch him?...It was because of your mother. She sacrificed herself for you. And that kind of act leaves a mark... This kind of mark cannot be seen. It lives in your very skin.

Now you see, having spent all those years immersed for one reason or another in everything that Bono has said or written or sung, I could see why these lines would jump out at him as they did to me too. This kind of sacrificial love as the big lines of a big movie can only but send your head spinning towards the cross of Jesus and his dying for others. That act leaves a mark. Love! Is that not the perfect way of talking about that love in a new song of worship about the God who left the ultimate mark of love. If that meeting in that lift ever happens I’m sure I’ll get a Bono smile on this one... and he’ll probably say something like... “well that one was obvious Steve, I hope your book came up with a whole lot more than that.” And I’ll get out on the next floor, if I need to or not!

wow! it seems funny one!