Ecarnation Pt 2; Making The Most of Every Opportunity

(this article follows Ecarnation Pt 1; The Need For Heightened Discipleship available at http://stocki.typepad.com/soulsurmise/2011/10/ecarnation-pt-1-the-need-for-heightened-discipleship.html) 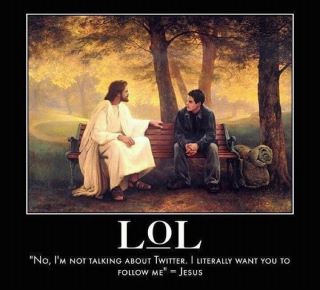 In Part 1 of his article I suggested that social networking was where people were at today and suggested we needed to climb on board, be aware of its dilemmas but realise the mad potential! It seems to me that Paul was very strategic in his missionary intentions. He went to where people were at and also where he knew people would go out from. Whether Ephesus, Athens or eventually Rome Paul was using the networks of his day to fulfil Jesus commission to reach the ends of the earth with the Good News of the Gospel. The hundreds of millions of people on social media in 2011 suggest to me that this is a place for our missional intentionality.

Of course even before we get to Paul’s mission we find another reason o be in the web but not of the web. This was Jesus’ incarnational example. In the first verses of  The Gospel According To John we read, “The Word became flesh and made his dwelling among us. We have seen his glory, the glory of the one and only Son, who came from the Father, full of grace and truth.” Jesus example was to “dwell amongst us” or as Eugene Peterson puts it in The Message “move into the neighbourhood.” Essentially God wanted to be where the people were and today the people are on social media sites. As the Father sent Jesus so Jesus said he sends us to be incarnational.

As a minister of the Gospel let me put it straight. I have, as I write this, 1676 Facebook Friends. I will admit I know these people at different levels of friendship. However, I have daily possibilities of interaction, whether it is responding to their status updates or sending them a birthday message or them using my updates or finding their way into my blog. Some of my Facebook friends live thousands of miles away and our friendship benefits from brief daily connections. Other people I have never met but through Facebook I would call one or two of them dear friends. If I had the opportunity of those 1676 people in my garden each day would I go out of the Manse to make a connection no matter how brief. Believe me I would. What an opportunity?

Let me quote again Ephesians 5, that we looked at in Part 1, 15 Be very careful, then, how you live—not as unwise but as wise, 16 making the most of every opportunity, because the days are evil. 17 Therefore do not be foolish, but understand what the Lord’s will is. 18 Do not get drunk on wine, which leads to debauchery. Instead, be filled with the Spirit...” Here Paul calls us to make the most of every opportunity but also gives us a clear behavioural pattern for how to.

How can I to sit with my the lap top or the iPad, be aware of their ability to connect across the world into millions and millions of people’s homes and not make the most of the opportunity. As I sit on a Saturday night, only half interested in the X Factor, I can be part of a communal family event and reach out across the world in meaningful conversation. As I watch the soccer on any given night of the week I have the ability to stay in touch with people, to listen to their lives, to inform them of mine and to build up relationship. What a gift!

Many suggest to me that social networking is breaking down real face to face friendships. Much as I can see where that argument comes from I would suggest the opposite. Radio, televisions, cars, modern crime and the need to keep your door locked are among the reasons why the neighbour no longer drops by and the front room music session or the story telling round the kitchen table are rare memories of a past time. My children don’t run free around the city the way I did and so to see them on MSN chatting to their friends face to face seems a better option than their heads stuck in some reality Wii game or another Television show.

Others will tell me they waste their time on Facebook. I know some friends who have come off it for Lent or withdrawn from it altogether. This is not the fault of Facebook or any other social networking opportunity. You can go for coffee with a friend and talk nonsense. You can spend all your leisure time watching empty trash or worse on TV. These are again issues of our making the most of every opportunity. Maybe it is because I am a minister, though I don’t think so, but I don’t see any of my engagement on Facebook as wasting time any more than I waste any time I spend with my family, friends or Church community. We are back to Paul’s instruction in Ephesians. Make the most of the opportunity and don’t be full of foolish talk. If we are intentional in friendship it will never be wasted; and so our Facebook time. We waste it at our peril!

I do not doubt the potential of the internet in general and social media in particular for causing harm. However, I also see and have known its potential for the good. If we live and use social media in thoughtless frivolous ways we could do real damage but led by the Spirit under the Lordship of Christ and Biblical direction this is a resource to reach the world with the grace and love of Christ. This is a challenge and an opportunity that we have never had in the history of the world so let us seek God’s Spirit to make us Christlike and then let us use what is available to us for the Kingdom.

Posted at 09:27 AM in BIBLICAL SURMISING - CARESS AND COLLIDE | Permalink | Comments (0)