Paul McCartney is never seen as the most political or spiritual of Beatles. He has certainly never written anything lyrical to challenge 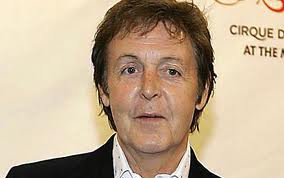 Imagine by Beatle John or My Sweet Lord by Beatle George. However, as I lay on my early morning holiday bed listening to him on my iPod shuffle I became aware of a theme that I had never recognised before in McCartney’s work; hope! Now some might immediately jump to his song Hope Of Deliverance and say that it states the patently obvious. Maybe! However my songs that appeared spookily close  together on that shuffle were Tug Of War from album of same title, Summer’s Day from McCartney II and Golden Earth Girl from Off the Ground. All three songs speak of a deep hopefulness of what will happen beyond the difficult moments the singer is in; the entire culture in Tug Of War, the very personal in Summer’s Day and the eco world in Golden Earth Girl. Just what Macca is placing his hope in is hard to say. I have already blogged on this issue in my Lyric Of the Day on The End Of The End (see link below). Perhaps in the end McCartney is simply expressing the secular wishfulness of something better. Perhaps it is just another sign in the art of our culture that human beings need hope and even if we are atheist or agnostic when there is nothing tangible we make it up. 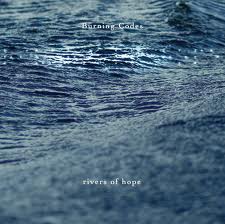 Without doubt my album of the summer. Burning Codes’ writer, vocalist and imaginer is Paul Archer, brother to Iain, and friend and contributor to Snow Patrol. Indeed, Patrol main man Gary Lightbody confesses, in his Up To Now liner notes, to stealing Paul’s drummer Jonny Quinn after supporting Archer’s band Disraeli Gears in Belfast in the mid-nineties. In the end from the fringes of the industry, living with his family transported to the Cambridgeshire’s Fenlands from Bangor, County Down, Paul Archer might just be the most original of all his good buddies.

I basked in the intoxicating mix of experimentation and immediacy as I walked across a Spanish beach, under perfect blue skies and the heat on my back with Rivers Of Hope in my ear phones. I kind of thought it was as if Velvet Underground had merged with Explosions in The Sky and got Bono to write them some lyrics after he had spent a month on retreat on Taize. Burning Codes create magical soundscapes of joyous energy. Even after all that you cannot review Paul Archer’s voice. It is so pure and soulful. It is like nothing out there. Sometimes layering his own vocal and occasionally with his brother Iain’s (Fleet Foxes dream of such harmonies!) Archer conjures little mystical Irish choirs that perfectly capture the fragility and resilience of our souls.

The soul is high on Burning Codes’ agenda. Those buddies previously name dropped have dropped by the studio. Brother Iain brings that accessibility to everything he touches to We Are All Gold and Snow Patrol guitarist Nathan Connolly helps strip it all back in Rivers of Hope and then give a rugged guitar sturdiness to Only Gone that has echoes of Archer’s previous work in The Ghears. Athlete pair Carey Willetts and Steve Roberts bring a solid radio friendly groove to Switch. The overall impression is a celebration of the preciousness of our humanity. In songs that tend to be economical with words, the depth of feeling is tangible in Sigor Ros type ways. Be ready to be moved in the most positive of ways.